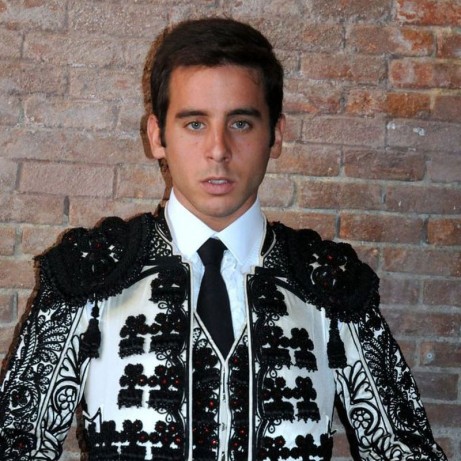 Confirmation: (It's when the bullfighter confirms his "alternativa" or doctorate).

Juan Ortega Pardo, native of Seville, was born on October 8, 1990. His interest to the world of the bull inherited it from his father. For one year he was a pupil of the bullfighting school " Seville Love You ", though later it joined that of Cordova. With nine years it put in front of a snapdragon, in the estate of his friend and rancher Roman Sorando, who has put all his confidence in the young person sword. It made début publicly in the Sevillian locality of Beds, April 15, 2006, to fight an eral of Cayetano Muñoz's ranching; four years later, on March 24, it fought his first cattle without horsebreakers, in Arnedo.During this stage he was a finalist of the Shoe of Silver of the mentioned locality, of the bullfighting jobber of Candeleda and winner of that of Bougue, in France.

In addition it received the prize to the best task in the cattles without horsebreakers of Bayonne, Saint Sever and Mont de Marsan. It made début with mounted in Cordova, to complete a confinement of Source Ymbro in Juan's company of the Poplar and Víctor Barrio. He appeared in the Monumental one of The Sales on July 15, 2012, to do business utreros of Luis Algarra, together with Manuel Dias Gomes and Luis Michael Castrillón. He pleased in his presentation and returned to this turn little later, leaving witness of his class. Also it fought in squares of responsibility as Seville, Malaga, Granada or Valencia and in almost all the fairs of cattles, with a positive balance sheet.

He winned the Oreja de Oro award of RNE.