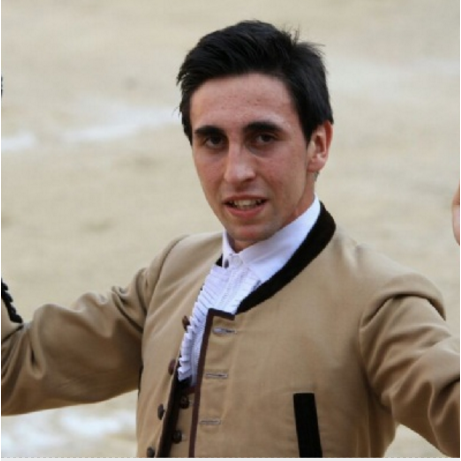 He debuted with picadors: Casarrubios del Monte on September 13th, 2015 in a poster completed by Miguel Angel Silva and Joaquin steers Galdos with Mariano de Leon.

Son of known banderillero Illuminated Menes, who for years has developed different jobs in Bullfighting School "Marcial Lalanda", located in the Venta del Batan of the House, where the novel sword raised, and still lives with his family.
Student of that school, stood for the first time in front of a heifer at six years old and plaited her first paseíllo in public in 2009 in Orihuela del Tremedal, Teruel province, cutting off top trophies to eral Joaquín García.

In 2014 he won the prestigious Silver Shoe Arnedo. After three seasons without horses in which he fought in places like Malaga, Bilbao, Arnedo, Logroño or Colmenar Viejo.

After the debut had a great performance in the province of Segovia Riaza, where he pardoned a res Torrealba, and participated in the fair novilladas of Arnedo, during his contest of the Golden Shoe, listening paths ovations after pasaportar two utreros of the herd El Freixo.