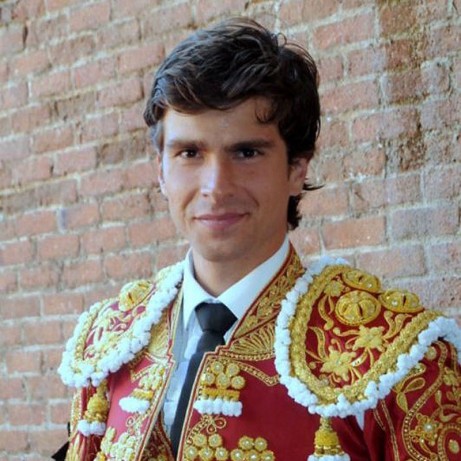 Debut with picadors: On July 5, 2003 in Bourg-Madame, French

Debut in Ventas: (It's when the bullfighter confirms his "alternativa" or doctorate).On May 18, 2005 Ventas, Madrid.

Alternative: (Is a ceremony in which a bullfighter authorizes a novice to take his place among the doctorate bullfighters). On August 9, 2004, San Sebastián.

The golden stones of the Salamanca capital saw to be born to Eduardo Gallo on November 19, 1984, in the bosom of a family which interest to the bull was not happening of being present at some time at the square of The Summer-house. The lack of bullfighting precedents in his environment was not an obstacle, nevertheless, in order that to Eduardo it was invading the goblin of the bullfighting from very small.

The teachers of the Bullfighting School of Salamanca take care of the bullfighter and he is inculcated by the zeal of overcoming and the basic beginning of a bullfighting that he is maturing as the actions happen, that it is counting for victories in the squares where it does the opening procession, where he inspires love for his freshness, his quietude and a slightly common sense of the temperature and of the distances for such a young boy.