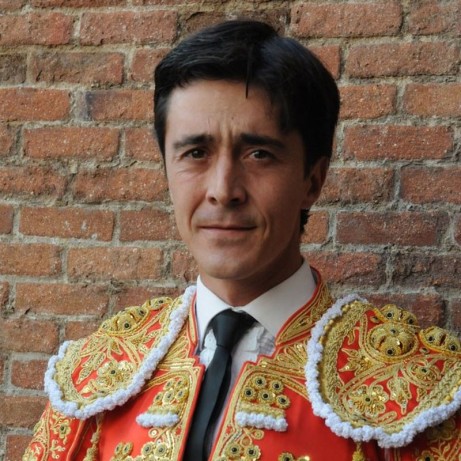 Alternativa: (Is a ceremony in which a bullfighter authorizes a novice to take his place among the doctorate bullfighters). Malaga (Spain), On August 16, 2004.

Confirmation:  (It's when the bullfighter confirms his "alternativa" or doctorate). The Sales, Madrid (Spain), On May 12, 2006.

Pedro Gutiérrez Lorenzo was born on August 27, 1979 in Salamanca. The first time that he said in house that he wanted to be a bullfighter had alone 14 years. Immediately his father took it to a "hard" bullfight in Mexico in order that it saw the hardness of this world. Since then his parents thought that he was not going to be a bullfighter, until, after finishing his university studies and living through ligature to the world of the bull with the ranching, it decides to start the difficult way of the bullfighting, beginning to be proved in diverse festivals before giving the definitive step with the bullfighter's costume. And it is that the Capea, from small, was going in the blood to be a bullfighter.