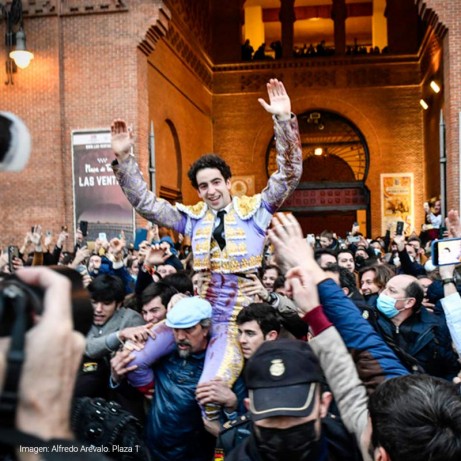 On March 27, 2022, in his first perfomance in Las Ventas he open the Puerta Grande with an excellent performance before the young bulls of Los Chospes.

He stands out in the first bullfight of the Almería Fair2022, after cutting an ear to a well presented steer of Guadaira. He was joined by Álvaro Alarcón and Jorge Martínez.