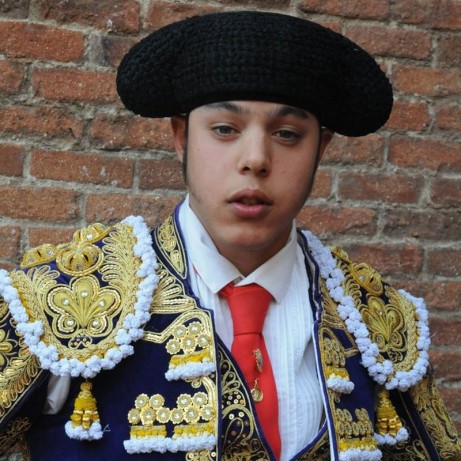 Public debut: His first public performance took place in the French town of Boucau Viex on 13 September with cattle Tardieu, sharing the bill with Juan Torres and The Tolosa.

He debuted with picadors: In Mombeltrán (Ávila) on June 30, 2013 in a poster completed by Javier and Borja Alvarez Anton Steer La Guadamilla.
Debut in Las Ventas: The September 15, 2013 I acartelado with Pedro Carrero and Manuel Dias Gomes steers Prieto de la Cal.

Debuted without picadors on September 13, 2009 in Ajalvir (Madrid) in the lineup with David González and César Valencia with cattle ranching Dehesa de Calvaches.

No bullfighting history in the family, lived the world of bullfighting hobby since childhood, attended the bullfights that were organized in his village. It belonged to the Bullfighting School of Madrid. With only nine years, he stood for the first time in front of a heifer livestock in Salamanca in La Ermita.

In his horseless stage winner of the bolsines of Alalparado, La Sagra, he proclaimed City of Segovia and was a finalist in Ciudad Rodrigo and Bougue (France). September 15 was presented at Las Ventas in the cycle of minority spigots to deal a confinement Prieto de la Cal, along with Pedro Carrero and Manuel Dias Gomes.