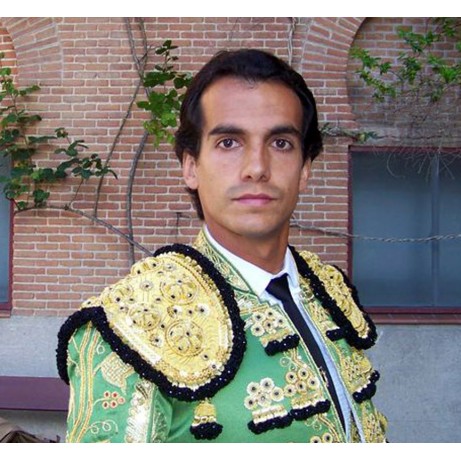 Debuted as an apprentice on May 9, 1998 in Valladolid.

Valladolid took the alternative, on the afternoon of May 13 Garciagrande 2002.Toros of (tame, except the first).

Sponsor: Paco Ojeda. Witness: Joseph Thomas. Short ear and two ears.
Sales were confirmed on the evening of May 18, 2004.

Leandro Marcos (Valladolid, November 2, 1981). Bullfighting School teammate Javier CastañoSalamanca, where he attended as a student two years, Leandro Marcos is considered the great hope of bullfighting Valladolid.
Your agent was Ignacio Zorita until November 1, 2003. Torero and representative mutually agreed break the professional relationship that united them. Since the November 7 and seizeLuciano Alejandro Núñez Sáez. The right-hander is still involved with Núñez until November 2004, when it is broken amicably. From February 2005 until January 2006 the bullfighter Raul Galindowas his attorney. And until September 2008 he took Mateo Carreno.