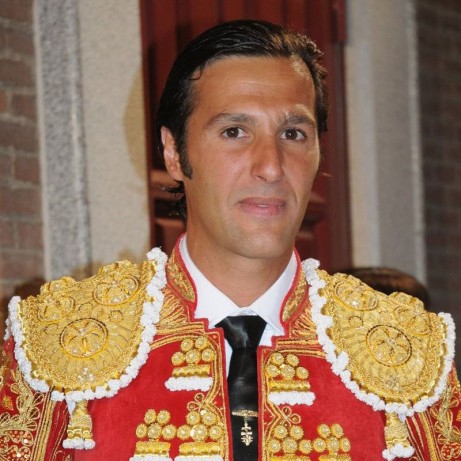 Winner of the edition XII of the trophy " Frascuelo of Plata" in the fair of Moralzarzar's cattles in 2005. In the year 2004 he was a winner of the fair of Mine (C.Real) and better task and better thrust in To marry (Avila). In 2005 he was a better herdsman in Madrid for House Porch. Trophy Bullfighting Rock Antonio Ordóñez for his task in Nimes, better herdsman San Isidro 2005 for the Bullfighting Rock "Jose Cubero" Yiyo " of Canillejas, trophy the best herdsman of the fair of Albacete 2005 for the " Rock Athletic of Madrid ", winner of Algemesí's fair (Valencia), winner trades of Argada of the King (Madrid), winner takes a break of Riaza (Segovia).Trophy Frascuelo of Moralzarzal's Silver, trophy to the bullfighting with more taste Moralzarzal and rofeo to the best herdsman of the fair of Albacete for the " smokers' Club Oxford ".

He mades his début publicly on August 14th, 1999, in Wimple (Madrid) with Jose Manuel Escolar's hooky, together with Daniel Sastre and Michael Ángel Cañas.

He takes the alternative in Borox (Toledo) the evening of August 31th, 2006.

His godfather is Enrique Ponce and his witness: Sebastián Castellá Toro: "Shaggy" of Alcurrucen. It cuts three ears, two to the bull of his doctorate.

On May 9th, 2009 in the Sales it confirms his alternative. Godfather: Michael Abellán and with Salvador Domecq's ranching with ovation and plaudits in his second bull. Garment: Pink stick and gold.