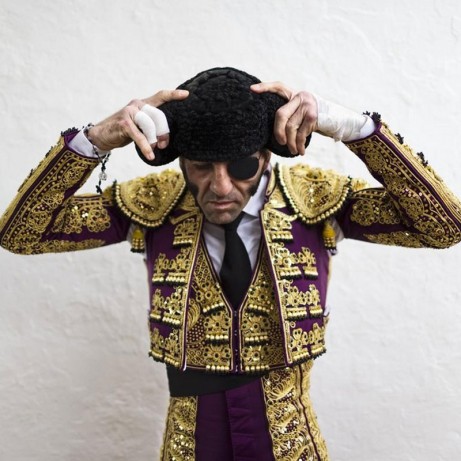 He debuted with picadors: In Jerez de la Frontera (Cádiz) on September 17, 1989 in a poster completed by Martin Obregón, "Chamaco" Steer "El Torreón".

Debut Sales: In the bullring of Las Ventas (Madrid) on July 13, 1990 I acartelado with Juan Pedro Galan and Vicente Bejarano with young bulls of Bayones.

Alternative: In Algeciras (Cádiz) sharing the bill with Pedro Castillo and "El Niño of the Bullfighting" with bulls Cubero Benitez on June 18, 1994

He confirmed the alternative in Madrid on September 10, 1995 acartelado with "Frascuelo" and Juan Carlos Vera with bulls of Marqués de Albaserrara.

After a long struggle in villages and places of second category, the hand of Antonio Matilla, also seized José María Manzanares, has become an indispensable at fairs, where usually estoquear runs minority or difficult spigots with courage and special lucimiento in the second third.

Proclaimed winner of the April Fair 2016.