Fallas 2020, the first Great Fair of the year

Once again the company Simón Casas Production, manager of the Valencian Bullring, has presented a season ticket for Fallas Fair full of events and protagonists for the first fair of the Spanish season in 1st category bullring.

This year's poster, signed by José Ramón Lozano and based on a work by Genaro Palau, is illustrated with the images of Joselito, in the centenary of his death, and Enrique Ponce who reaches 30 years of alternative with a double date at the Fallas Fair. Valencia awaits him impatiently after his serious injury last year.

Among the figures present highlights the return of Morante de la Puebla after four years absent, and the reappearance of Roca Rey. The Peruvian bullfighter has chosen Valencia to meet again with the European fans nine months after his cervical injury. 2019 winners such as Castella, Paco Ureña, Perera or Cayetano will also be present in Valencia.

On March 17 a very special list will face the award-winning fighting-bull ranch of Jandilla. El Fandi, figure very dear in the Mediterranean city; Emilio de Justo, winner and revelation of the last seasons; and Román, the young Valencian and present of local bullfighting, make up a highly anticipated cartel.

Also for San José, March 19, the protagonists promise an afternoon of emotions. Three young matadors with important victories and a talisman cattle in Valencia: Fuente Ymbro The value of Juan Leal, the youth of the local Jesús Duque and the novelty of David de Miranda, Puerta Grande (Main Gate) de Madrid in 2019, conform the big day of Fallas 2020, completed with the morning of horse-bullfighting and the debut of Guillermo Hermoso de Mendoza.

We cannot ignore the constant commitment to the quarry, with two steer-bullfights and one more without picadors, as well as the one that will celebrate the feast of the Virgen de los Desamparados on May 9, included in the season ticket.

The spectacular ninots (typical figures of Fallas) scattered throughout the city, the vibrant mascletás (with firecrackers and rockets) every morning, the music bands or the local gastronomy accompany this Great Fair essential in our calendar. 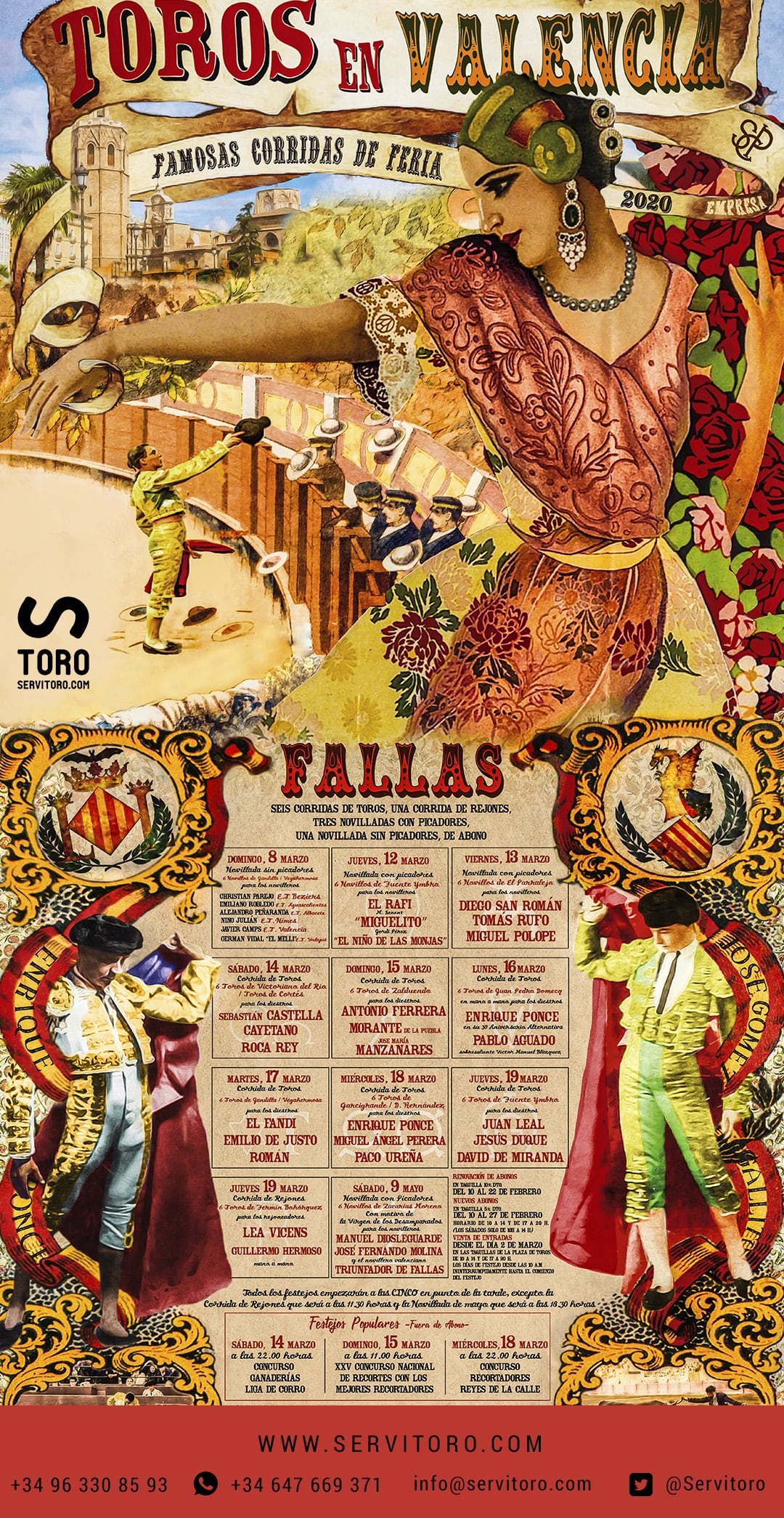 Do not miss it and book your tickets now!