Extraordinary steers from El Parralejo with a pardon by Cristian Expósito

Again great atmosphere in the rows an afternoon that Gonzalo Herránz opened, of the School of Alicante. He extended his performance and it was complicated with the pithing. In second place came David Martínez, from the School of Guadalajara. Varied task that closed with 'manoletinas' before cutting both ears.


Borja Collado, from the School of Valencia, received on his knees. The steer had little strength but he knew how to measure it and cut two ears. The steer was turned around the arena.


Kevin Alcolado, from the School of Alicante, formed a big mess. Good bullfighting of the one from Alicante who put 'banderillas' and left an intense start of performance. Great steer which was even asked to pardon. The young man cut both ears and tail; the good fourth was also turned around the arena.

Cristian Expósito, from the School of Alicante, was ugly flipped while putting 'banderillas'. It seemed that he was not going to be able to continue but he took out a claw to fight the best steer of the afternoon. 'Cantaor' charged with humiliation and class. Orange handkerchief for the great animal of El Parralejo. Two symbolic ears and tail and turn around the arena with the representative of the livestock, Rafael Molina.

Jorge Rivera, from the School of Castellón, closed the afternoon. His steer was the closest to the floor and hi failed with steels.

The Alicante arena was filled to listen to Victorino Martín in the act that started the Bullfighting Fair of 'Hogueras' (bonfires), which will celebrate its first bullfight on Sunday June 17 with horsea. The Municipal Symphonic Band of Alicante entertained the evening and next to the cattle rancher were the mayor of the city Luis Barcala, councilwoman Gloria Vara, and the manager of the plaza, Nacho Lloret.

Victorino remembered his experiences in Alicante and dazzled the public with a defense of the values ​​of bullfighting: "A bullfight is a guide to face the problems we have every day, those of us who have grown up in this culture have values ​​that in today's society they are a bit scarce".

The mayor, Luis Barcala, also wanted to mention those values ​​and defend freedom: "Freedom must be exercised and for that we must respect that freedom. Respect those who do not think the same, that respect gives true freedom. Let's overcome the words and move on to the facts to defend freedom because with that respect there is a place for everyone. "

He also had words of thanks for councilwoman Gloria Vara and the company for having prepared the fair that the people of Alicante deserve.

The return to the bullrings of Francisco José Palazón

It is not just another poster of another fair, it is a great personal victory that Francisco José Palazón will finish by dressing up for his audience, with Paco Ureña and Román and facing bulls from Luis Algarra.

Two years ago, the bullfighter born in Petrer (Alicante) was forced to leave the bullrings when he was diagnosed with leukemia. However, his struggle, his strength and the desire to recover and bullfight again have led him to overcome the disease and return to the road to fulfill his dreams of a bullfighter.

He will do it in his bullring, where he received his doctorate in 2004 accompanied by Manzanares father and son and where he has triumphed so many times. Hopefully destiny has prepared a nice reward at the Fair of Bonfires 2018. 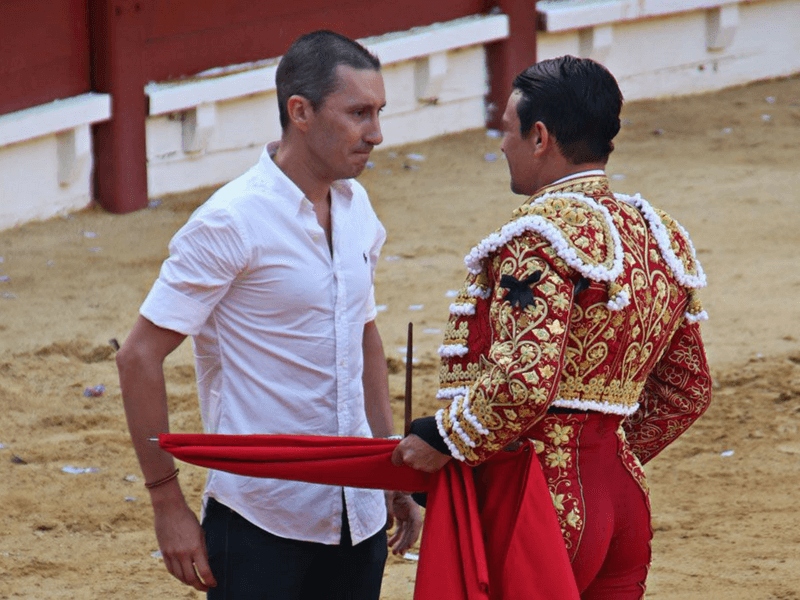 The most outstanding livestock and all the figures will be present at the Alicante Bullfighting Fair 2018. An appointment full of incentives to not miss it: the only performance of Morante in the Valencian Community, the Juli and Garcigrande together again after the pardon in Seville, the alternative of Diego Carretero acartelado with the winner of last year, Manzanares.

Also the return of the rejoneador Hermoso de Mendoza or the bet for the quarry (in the month of August but included in the subscription). Francisco José Palazón returns after a serious illness, which makes the fair even more special.