Home Blog> Programs and fairs>Morante, Manzanares and Pablo Aguado on March 7 in Illescas

Morante, Manzanares and Pablo Aguado on March 7 in Illescas

The second weekend of March Illescas will become again the epicenter of bullfighting. Morante de la Puebla, José María Manzanares and Pablo Aguado make up the star poster of the 2020 Miracle Fair that MaxiToro company has organized and promises not to leave anyone indifferent.

On Saturday, March 7, they will face bulls from José Vázquez, fighting-bull ranch from Madrid that has already triumphed in this bullring. The unpredictable and genius Morante de la Puebla will open the luxury cartel, along with José María Manzanares who returns after triumphing in Illescas in 2017, when he pardoned the bull ‘Fusilero’, of the same iron. Complete the list Pablo Aguado, the great revelation of 2019 and expected with the highest attention.

And on Sunday 8 it will be the turn of the art of horse-bullfighting, recovered by MaxiToro in 2018 and that presents a poster of great figures on horseback in the town of the province of Toledo. Diego Ventura will make the walk with Sergio Galán and Andy Cartagena; and they will face, along with their splendid horse stable, the bulls from Luis Terrón.

Two celebrations of the highest category for the start of the season for which tickets can already be purchased. 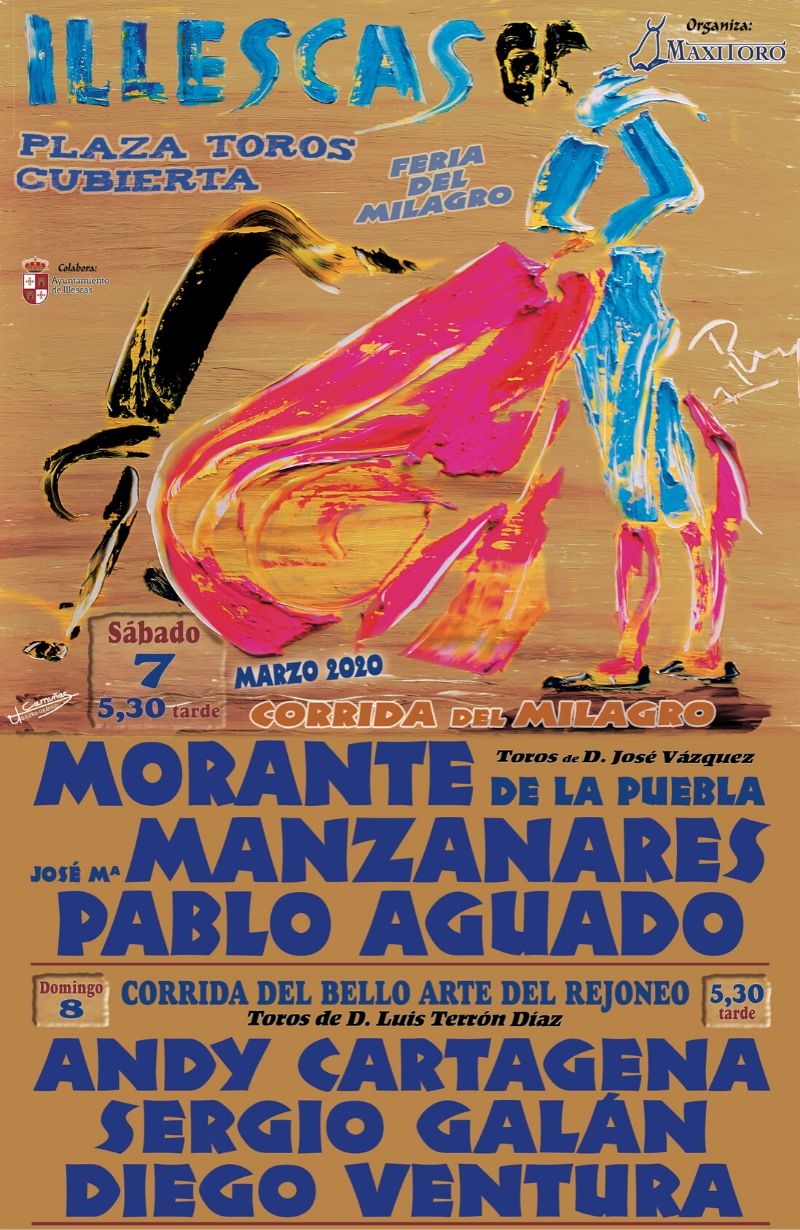