The posters of the Our Lady of San Lorenzo Fair

The posters of the Our Lady of San Lorenzo Fair

Valladolid will celebrate its Bullfighting Fair between September 2 and 9

The capital of Castilla y León has everything ready to celebrate the Fair of Our Lady of San Lorenzo. In just ten days will begin the bullfighting festivities, which make up the season ticket this year with a total of six afternoons, in addition to the final of the Great League of Pure Cut to be held on Sunday 2 and in which the 15 best cutters of Spain will be present.

The double date of Manzanares, the presence of Morante or the farewell of Juan José Padilla are some of the events. In total, four bullfights, one with horses and one of steers that will feature local bullfighter Dario Domínguez. 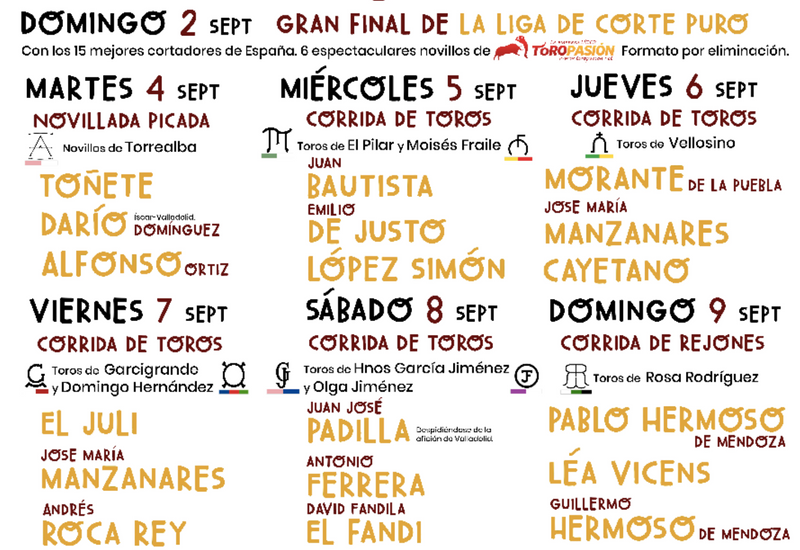