Diego Ventura presents his great appointment of the Autumn Fair

Diego Ventura presents his great appointment of the Autumn Fair

The number one figure of bullfighting with horses, Diego Ventura, presented yesterday in the arena of Las Ventas the feat that will take place on October 6 in the Monumental of Madrid. Within the framework of the Autumn Fair, he will face alone six bulls from Miura's livestock, Guiomar Cortés de Moura and Ángel Sánchez y Sánchez.


The journalist Manuel Jesús Montes directed the event, which was attended by Pablo Lozano father and son, his representatives, as well as Nacho Lloret, the manager of Plaza 1. After a review of his career, his major milestones and what has been Las Ventas Bullring for him, presented great part of his stable: Lambrusco, Bombón, Nazarí, Bronce, Guadalquivir, Dólar, Fino, Lío, Quillas, Gitano, Champán, Prestigio and Remate made the paseíllo between the crowd that packed the ring.

Crowd which, by the way, attended until there was no one left in the ring.

The names of the Autumn Fair

Finally we know the eleven names that will be included in the hype together with the livestocks of Fuente Ymbro, Victoriano del Rio, Adolfo Martín and Puerto de San Lorenzo. To the double presence of Alejandro Talavante, winner of San Isidro 2018, we add that of Emilio de Justo, Luis David, Román, Fortes, Ginés Marín, Paco Ureña, David Mora, Álvaro Lorenzo, Octavio Chacón and Diego Urdiales.


The Fall Fair is completed by a steer-bullfight from Fuente Ymbro that will be fought by Francisco de Manuel (winner of San Isidro), Pablo Mora (winner of the Nocturnal Contest) and Juanito; and the solitary enclosure of Diego Ventura with different irons, being the only bullfighter on horse that has achieved it in Las Ventas and who has opened the Puerta Grande (Great Door) more times.

The draw will take place on Monday, August 27 at 7:30 p.m. in the Patio de Caballos (Horse Yard) of the Monumental.

Announced the three finalists of the Promotion Bullfights

The Contest will celebrate the Grand Final on Friday, August 3 with bulls from Juan Antonio Ruiz Román

Alejandro Fermín, Rafael González and Pablo Mora will compete for the title of winner and a position in the Autumn Fair.

Alejandro Fermín and Pablo Mora shared the poster on July 6 and each one went around the ring. Rafael González, meanwhile, cut an ear in the celebration of July 13.

A great date to finish the Contest as well as the initiative # CénateLasVentas.

Promotion of young bullfighters and gastronomy in Las Ventas Bullring

Plaza 1, in collaboration with the Ministry of Environment and Regional Planning of the Community of Madrid and the Madrid Academy of Gastronomy, has created a unique event to offer a different experience this summer 2018

As part of the bullfighting program of Las Ventas, every Friday from July 6 to August 3, the night steer-bullfights will take place at 9.30 pm. Coinciding with them, in collaboration with the Community of Madrid, a market of products from Madrid will be installed in the galleries and terraces of the bullring. You can enjoy these food stalls from 8.30 pm with the opening of doors until 1.30 pm.

The offer of products will include organic meat, cheese from the native Goat of Guadarrama breed, smoked products, patties, craft beers or wines from the Wines of Madrid Denomination Origin. During the presentation, chef Iván Muñoz, distinguished with a Michelin Star and ambassador of the M Certified Product brand, has made a live cooking demonstration with products from Madrid.

Regarding the steer-bullfights, will be a total of five, four qualifiers and the grand final. Twelve young bullfighters, three of them will be presented in Las Ventas, with first level fighting bull ranches.

The combinations are the following:

H.M. the King Juan Carlos I presided over the second edition of the great event in the Bullring of Las Ventas

For the second consecutive year, Plaza 1, Madrid's bullring management company, organized a grand gala to show the posters of San Isidro Fair. HMMr. Juan Carlos, the Infanta Mrs. Elena, the President of the Senate Mr. Pío García Escudero and the Minister of Justice, Presidency and Spokesperson of the Government of the Community of Madrid, Mr. Ángel Garrido, headed the list of authorities present.

The world of bull, along with personalities from other areas of society, gathered in a tent installed in the arena of Las Ventas to know the posters of the next cycle, 34 consecutive evenings to be held from May 8 to June 10 with the main figures in the season ticket, a great variety of livestocks and novelties such as the Bullfigt of the 6 Nations.

As a novelty, at the beginning of the gala, the first Plaza 1 prizes were awarded. The winners were Enrique Ponce, with the Figure trophy of the 2017 season; Victorino Martín, with the most important Livestock award of the year; Lea Vicens, with the Woman and Bullfighting award; Gonzalo Caballero, with the Solidaridad y Tauromaquia trophy; El Juli, with the Bullfighting Career award; and S.M. King Juan Carlos, with the distinction as Universal Ambassador of bullfighting.

Plaza 1 wanted with the illustration of San Isidro this year to pay homage to Iván Fandiño. The author of the work is the prestigious painter Diego Ramos, who painted the poster live during the celebration of the gala.

The Palm Sunday poster is discovered in 'Las Tiesas'

The Bullring of Las Ventas has announced the poster that will represent the bullfight of March 25, Palm Sunday. In it appears Victorino Martin, honored and absolute protagonist, and the names of the bullfighters who will face their bulls in the Monumental of Madrid: El Cid, Pepe Moral and Fortes. In addition to the names of outstanding cattle bulls that have made history in their performances in Madrid and the motto #DeLasVentasAlCielo.

In an original and emotional video, his son, Victorino Martín García, receives the big poster on his farm in Las Tiesas, in the Extremadura town of Portezuelo.

The Victorino bulls for Palm Sunday

Photographs of the 'Victorinos' in the countryside

On Palm Sunday the season 2018 will be inaugurated in Las Ventas with a bullfight from Victorino Martín for the bullfighters El Cid, Pepe Moral and Fortes.

Plaza 1 has shown several photos of the beautiful bulls in the field that can be seen in this gallery. We will have to wait until March 25 to see them in the ring of the Monumental Madrid. 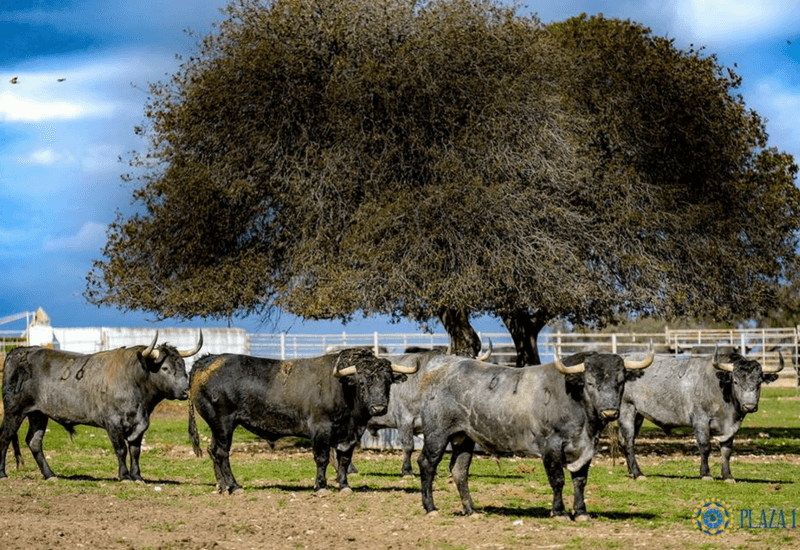 Last Saturday Fitur was the scene of the presentation of the new season in Las Ventas. In a stand crowded by the press, fans and curious people, appeared Rafael García Garrido, general director of Plaza 1, and Simón Casas, its president.

Casas unveiled the first poster of the season: it will be on March 25, Palm Sunday, with bulls from Victorino Martín that will be fought by El Cid, Pepe Moral and Fortes.

The poster of Easter Sunday was also discovered. On Sunday, April 1, the bullfighters David Mora, Daniel Luque and Álvaro Lorenzo will face a bulls from El Torero

Álvaro Lorenzo was present and expressed his enthusiasm and commitment to the Madrid bullring. 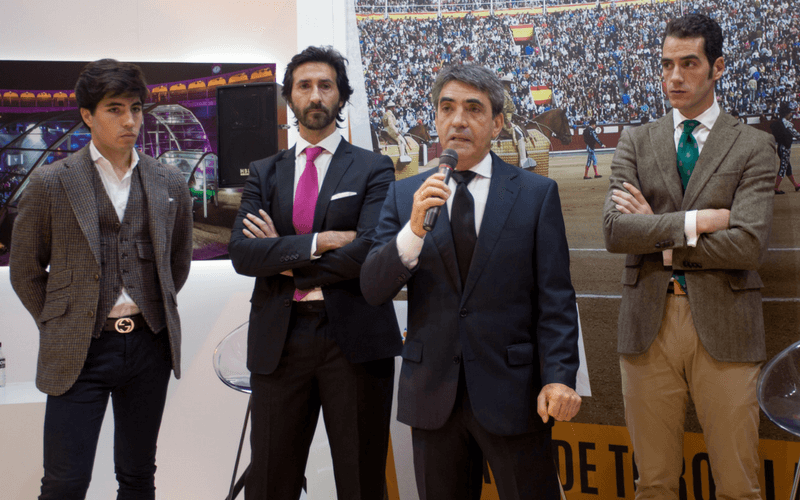