This morning the famous "bombo" for San Isidro 2019 was held at the Plaza de Toros de Las Ventas.

Before the notary García Labajo, the presidents of Las Ventas Justo Polo and Trinidad López Pastor have been in charge of extracting the total of twenty balls from the two bombos with which they have begun to shape ten posters for San Isidro. The combinations;

The anecdote came when it was time to open the balls, as the presidents had to crack them as if they were eggs. The combination that could have raised the most expectation has arrived, and in the first place. The fans' desire to see the Peruvian Roca Rey with Adolfo Martín's grays has raised the most excitement.

These ten posters will be completed according to the criteria of the company already announced: 1) bullfighters who have been drawn in the draw and want to fight more than one bullfight, 2) confirmations of alternative, 3) emerging bullfighters, 4) usual bullfighters of hard bullfights who are offered the opportunity to enter other types of posters and 5) other bullfighters who have legitimacy to fight in San Isidro.

To know the full 2019 San Isidro Fair we will have to wait until March 22. 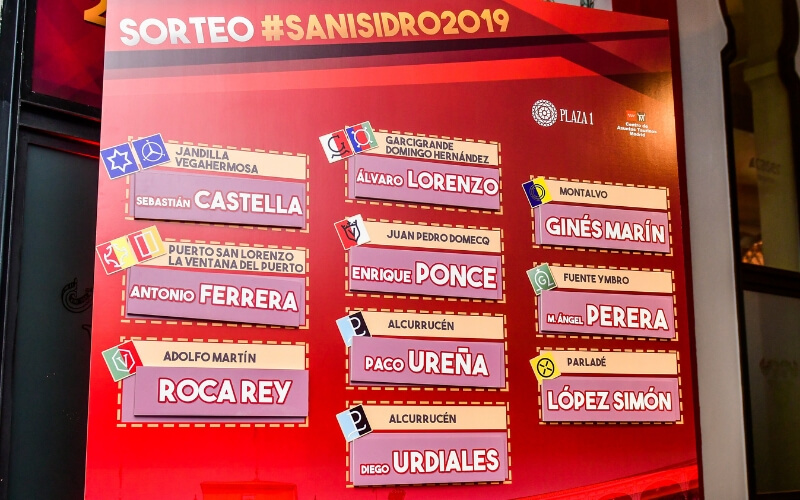