The San Isidro Fair 2019 is leaving important evenings with great triumphs. On Saturday bulls of Zalduendo were fought for the swords Antonio Ferrera, Curro Díaz and Luis David. The Extremaduran went through the Main Gate of Las Ventas after cutting three ears in two memorable tasks.

Curro Díaz, without luck in the lot, greeted two ovations; and Luis David greeted an ovation in his first and was abruptly caught by the sixth to which, however, on his way to the infirmary he returned to end.

Day 3 was the turn of Diego Ventura, Leonardo Hernández and Juan Manuel Munera with bulls from María Guiomar Cortés de Moura. With the sign of 'No tickets' hanging, Leonardo opened the Main Gate after cutting one and one ear to his lot.

One ear cut Diego Ventura, who could be more but he failled with the spear of death, and Munera was silenced, confirming his alternative.

Diego Ventura, El Juli and Diego Urdiales are the three figures that will make the 'paseíllo' of one of the most special bullfights of San Isidro Fair. Three bullfighters of Main Door triumphs in Las Ventas that will face bulls from Los Espartales and Núñez del Cuvillo respectively.

It was precisely a Charity Bullfight ('Corrida de la Beneficencia') that inaugurated the Monumental of Madrid, on June 17, 1931; but its origins go back to Felipe II (S. XVI) that ordered the collection of the bullfighting celebrations to be destined to hospitals and thus help in their shortcomings. Finally this was reduced to the Extraordinary of Charity Bullfight and has always been linked to the Crown, which presides over it in the Royal Box. The first was held in 1856.

The Charity poster is always the most expected and a work of a known artist. In fact, in the Bullfighting Museum of Las Ventas you can admire the entire collection. this year is the work of Venancio Blanco, artist from Salamanca. 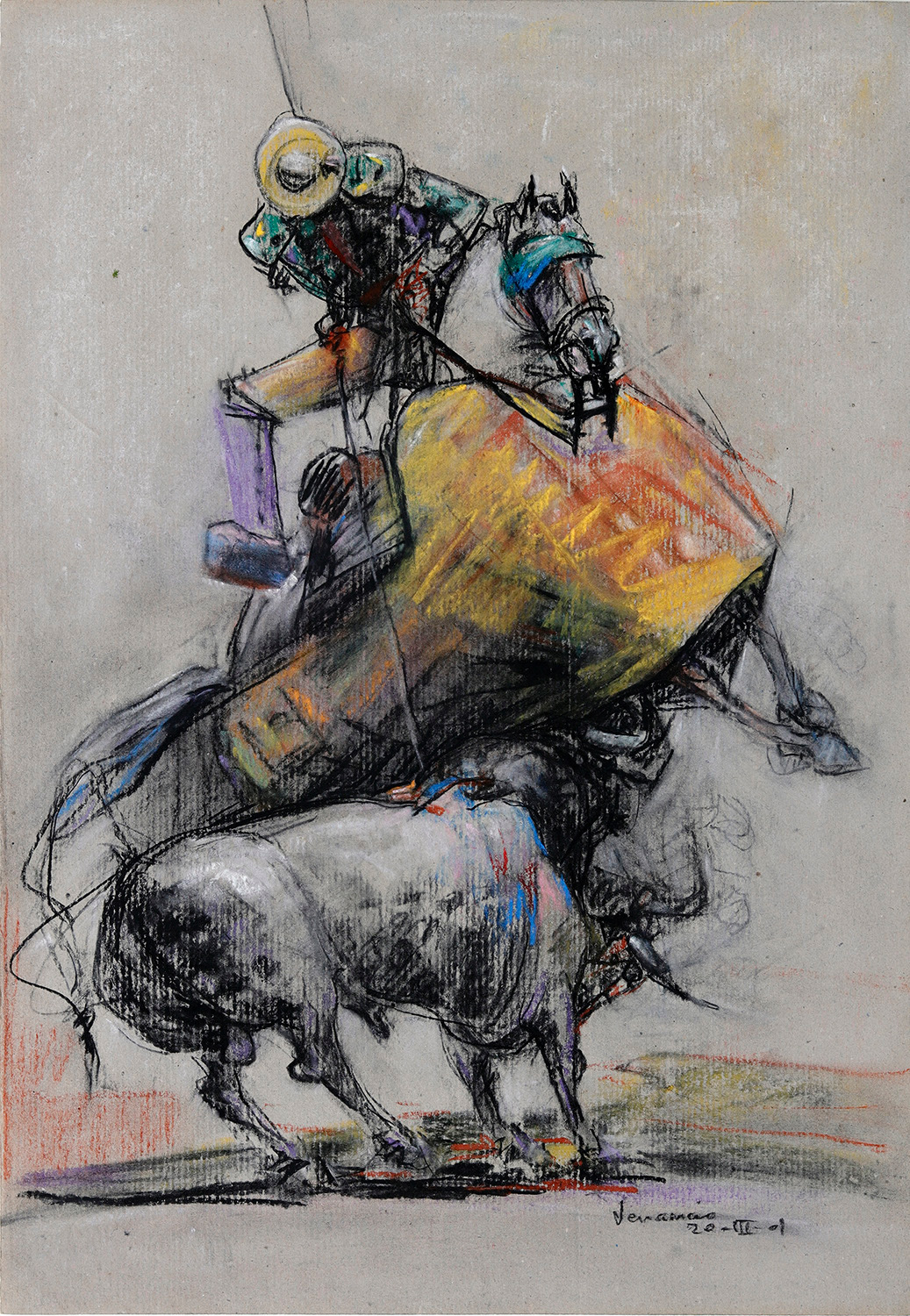