Home Blog> Breaking News>Want to know what is expecting you this 2020 in Las Ventas Bullring?

Want to know what is expecting you this 2020 in Las Ventas Bullring?

With Olivenza Fair, the Magdalena or Fallas just around the corner, we are about to be in the middle of the season, but what about the first bullring in the world? We also have a date! It will be on Sunday March 22, with a steer-bullfight from Fuente Ymbro where Alejandro Adame and Isaac Fonseca (winner of the Road to Las Ventas 2018) will be presented. Next to them will be Fernando Plaza, revelation of last year.

On March 29 comes the second steer-bullfight, with the iron of María Cascón for Máxime Solera, Carlos Olsina and Francisco Montero (Golden Shoe 2019). The first bullfight of the 2020 season will be on April 5, Palm Sunday, with three young winners: Daniel Luque, López Simón and Joaquín Galdós. They will face bulls from Puerto de San Lorenzo.

The great event of Resurrection Sunday, on April 12, will feature El Pilar bulls from Salamanca and three other young bullfighters who left samples of their value last season such as Tomás Campos, Francisco José Espada and Jesús Enrique Colombo

Bullfighting incentives for these holidays go further the bullrings, we want you to have an unforgettable day. Going to a bullfighting show and enjoy that special day with cultural recommendations on what to do and what to see in Madrid. To improve your journey, you can consult “Barceló Experiences”, one of the most relevant guidebook you can find

We will still have to wait until March 25 (date of the official presentation) to see the full posters; however, we already know some very important details. First of all, Roca Rey will return three times to the first fair in the world after opening the Main Gate (Puerta Grande) in 2019. After his return to the European arena in Valencia, Madrid awaits him anxiously.

Another great winner of the past San Isidro and the Spanish season, the Murcian Paco Ureña, has also confirmed his triple presence in San Isidro. He left on shoulders of Las Ventas for the first time on June 15 and cut ears the rest of the afternoons.

On the other hand and in the absence of official confirmation, according to El Mundo newspaper, Morante de la Puebla would return to Las Ventas, possibly two afternoons; and another three would have closed the bullfighter Alejandro Talavante after reappearing in Arles on April 11 and Easter Sunday in Seville.

These would be the first strokes of a great fair for which you can already book your tickets. 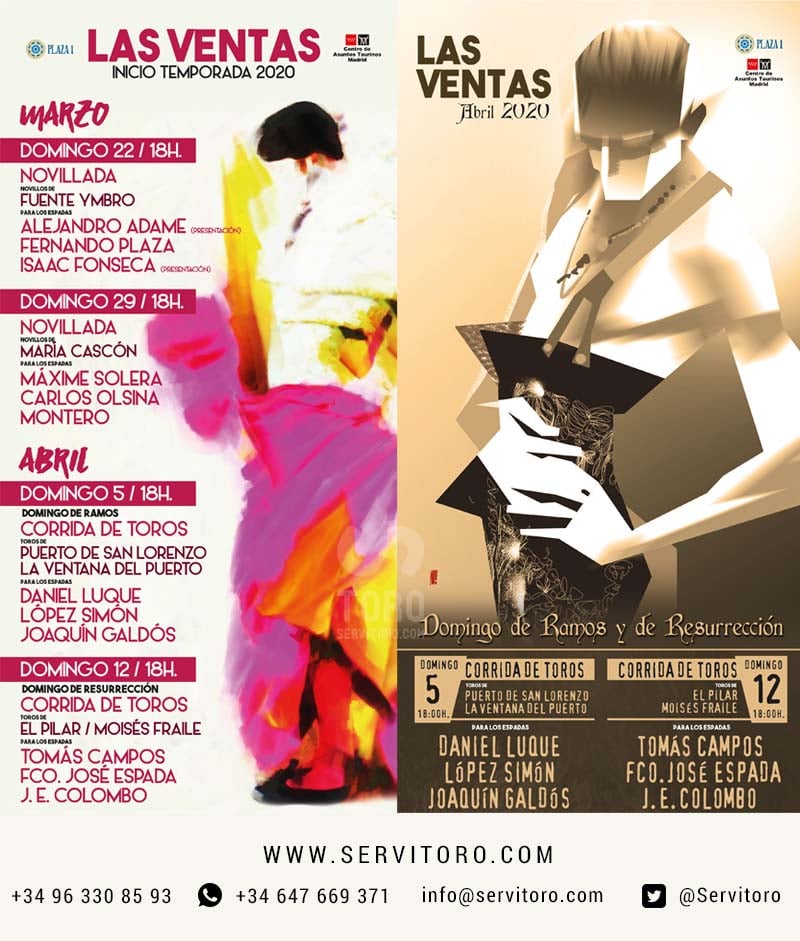