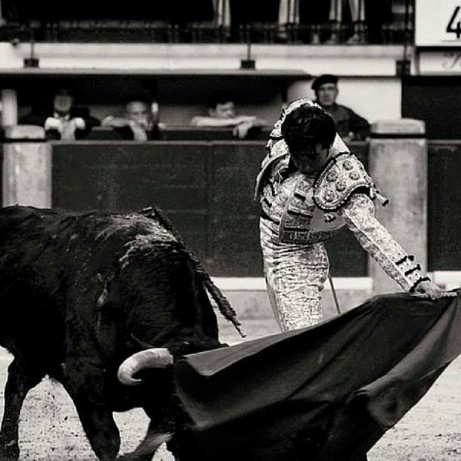 Date of birth: In Zaragoza on 6 Nobienmbre 1988

He debuted with picadors: In Sangüesa (Navarra) on September 17, 2008 in a poster completed by Diego and José Miguel Navarro Lleonart with novilloos Valdeamor.

Debut Sales: On May 1, 2013 I acartelado with Emilio Huertas and Juan Millan with young bulls of El Montecillo.

From childhood always fascinated the world of bullfighting, but not until 2003, after years of insistence at home, when they decide to point it to the Ecuelta Taurine del Carmen (Zaragoza), where estubo just one year. A year later, in 2004 it relocated to the new Bullfighting School of Tudela, one of the founders of it, where the hand of Curro Lamana and Jose Angel Ciria, teachers, learned the basic steps students to stand in front of an angry bull, fighting drills for all Navarre.

In the years 2010 and 2011 acts as a bullfighter with picadors, in a total of 14 bites novilladas between the two years, highlighting the year 2011 which harvested a score of 16 ears and a tail, 3 of them in Zaragoza.