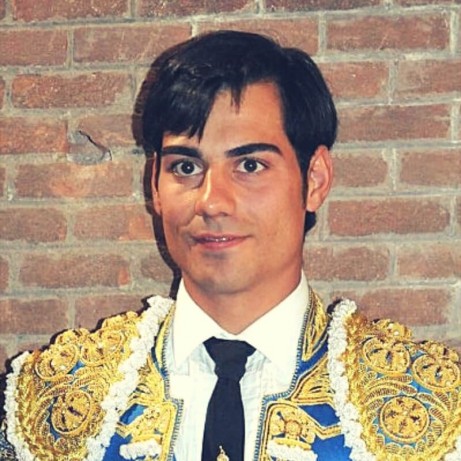 Noé Gómez Rodríguez, born in Madrid in 1988. He confirmed the alternative on Palm Sunday 2017 by sharing a poster with Iván Fandiño and Alberto Aguilar in front of a Victorino bullfight.

Debut with picadors: in Illescas (Toledo) on March 1, 2009 in a poster completed by Sergio Pulido and Carlos Durán, with bulls from El Cortijillo, as part of the 'Puerta Grande' competition in Castilla-La Mancha television.

He was a student at the Marcial Lalanda Bullfighting School in Madrid. He was proclaimed winner of 'La Oportunidad' Contest in 2008, at Palacio Vistalegre.

He finished his first season with picadors scoring 20 celebrations, 37 ears and 5 tails, in places of low responsibility, where he acquired the necessary trade to face major commitments.