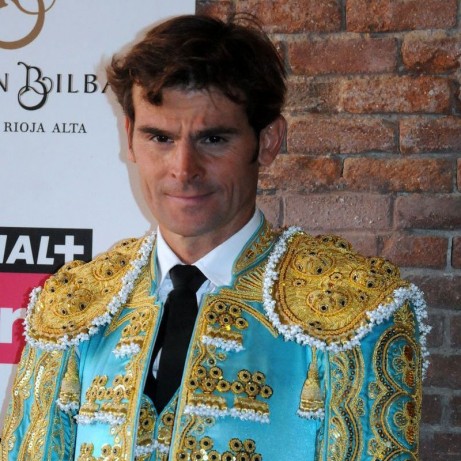 Buy your tickets to see Eugenio de Mora bullfighter in all fairs and arenas where Eugenio de MOra fights this season 2016. Official sale of bullfight tickets.

He debuted with picadors: In Bargas (Toledo) on 15.5.1993 on a poster completed by Alberto Elvira and Javier Mayoral Steer Moses Plato.

Debut Sales: On June 18, 1995 I acartelado together with Domingo Triana and steers Canales Rivera with Palomo Linares.

Alternative: in Toledo sharing the bill with Curro Romero and Jose Tomas with bulls Guadalest the August 17, 1987 The bull of the ceremony was called Founder, 435 kilos. He cut 3 ears. He was dressed in white and silver.
Debut with horses San Isidro Day 1993 (May 15) in Bargas (Toledo) with Moises cattle Plato.

Debut in the Real Maestranza in Seville in 1996, on the afternoon of June 16

His apaderados was Paul Lozano In December 2002 break their relationship by mutual agreement. Since 23 December 2002 it seizes Emilio Moreno, who led the race right-handed as Emilio Muñoz and José Ortega Cano, in addition to veedor functions in the field. In November 2004 De Mora and Moreno break by mutual agreement their professional relationship. Since January 2005 his new manager is Francisco Romero Leal.

Other information: In 1989 he joined the Bullfighting School of Toledo.