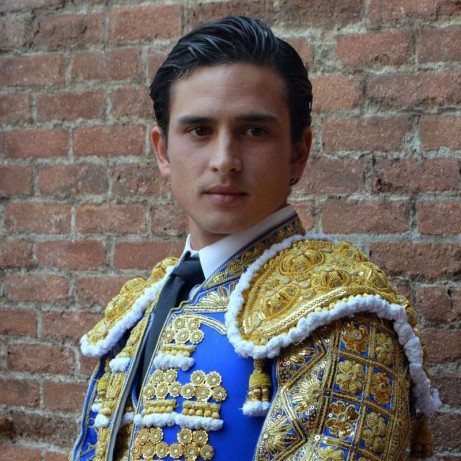 Alberto Aguilar fought his first calf in 1999. Student of the School of Bullfighting "Marcial Lalande" in 2002 was a finalist of the contest "Opportunity" in Plaza Vistalegre.

Confirmation: On October 3th, 2010 in the Autumn fair of Madrid, with bulls of Puerto de San Lorenzo.

Further information: Pupil of the School of Bullfighting "Marcial Lalanda", Alberto Aguilar fought his first calf in August, 1999 and three years later he encircled his first garment of lights in the locality of Madrid of The Bushes. This year was a finalist of the contest " The Opportunity ", in the Plaza Vistalegre.

In 2010 he added 16 celebrations cutting ears, most in France.

In 2012 it carried out a short but intense campaign.