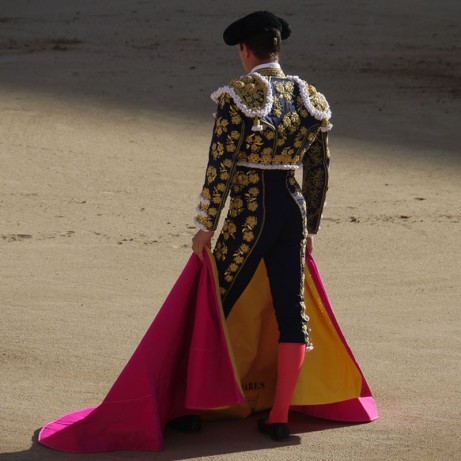 It joins the school of bullfighting of Salamanca 1998 and remains in her until the year 2003. In the year 2006 it kills his first bull in Borox (Toledo) with result of two ears and tail. From the year 2007 to 2011 Vicente travels for the Salamancan lands killing several bulls in Miranda de Pericalvo's ranching. Time later it continues in touch with the bull going of young boy of swords of Grove of Sherry and of Carlos Lima de Estepona. In September, 2011 it decides to be proved and there kills a bull to closed door of the Brothers' ranching Mateo, test after which it decides to return to the turns.

During 2012 it has followed a hard training killing several utreros to door closed in jobbers and tentaderos. Taking part in the Dolt's festival. Being a finalist of the jobber of Rioseco's Medina. Throughout the summer of 2012 he travels to Venezuela where it receives practical classes in the school of bullfighting of the above mentioned city, and touching in several Colombian ranching. At present it has joined the school of bullfighting of Rioseco's Medina.