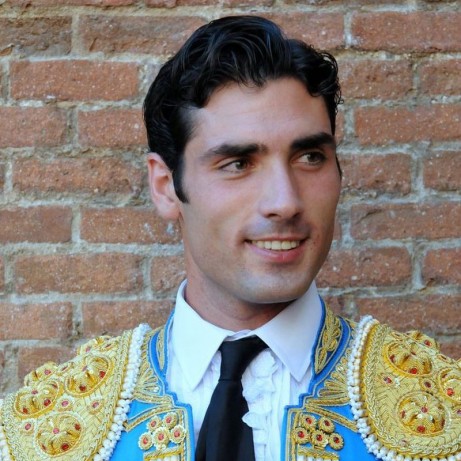 He debuted with picadors: Debuted with the beaver in the bullring of Mercy of Zaragoza, on 31 May 2009 with steers Prieto de la Cal, acting alongside Pepe Mayor, Augusto Moura, listening paths ovations in both

Debut Sales: was presented in Madrid on August 12 with utreros livestock Soto de la Fuente and a hat Fuente Rey, he had an outstanding performance and was cheered in his two opponents.

Javier Anton on posters, bullfighting has a family history, for it is son of Vicente Anton picador Rinaldo "Chamaco Ablitas" who instilled the love of the world of bullfighting. It belonged to the Bullfighting School of Navarra. He stood for the first time in front of a heifer in 2001 in a practical class with the school. His first public performance took place in Parentis - en Born (France) in a becerrada without death on August 8, 2002, alternating with Francisco Exposito, Alberto Montiel Urquiaga and Curro. His debut without picadors was the afternoon of June 8, 2003 in Bergara (Navarra), with the killer bulls bulls salmantino Domingo López Chaves, alternating with Igor rejoneador Echaniz and the bullfighter Ecaitz Rodriguez. The young Navarre Novillero has participated in prestigious bolsines like the Rioja, Medina de Rio Seco, Zamora, and the prestigious Silver Shoe, among others. During his time horseless stepped bullrings of the importance of Bayonne and Zaragoza.