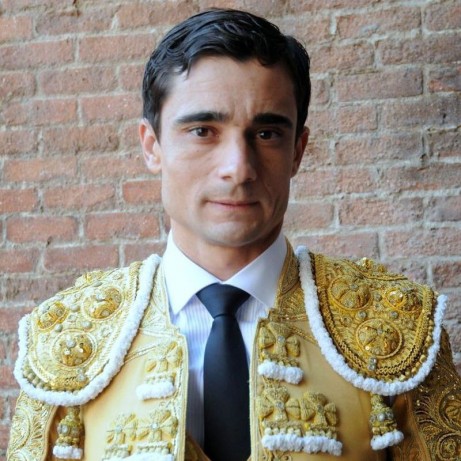 Paco Ureña with a classic concept has achieved important victories in first class seats as Valencia, Madrid and Seville. In 2006 winner of the "Espiga de oro" Fair Calasparra.

Debut: "Novillero"(novice). Lorca, on April 27, 2003. It made début with horsebreakers in his natal people on April 27, 2003, to run through a confinement with the iron of Santiago Domecq, together with Expensive Gil and Antonio Lopez, cutting the mentioned evening a total of three ears that served him to go out to shoulders of the main street of The Caverina. Of such a form it initiated his gait in the minor army register, in the one that added a high number of feasts before doing his presentation in the bullring of Las Ventas on July 22, 2005, in the cycle of night summers cattles.

Alternativa: (Is a ceremony in which a bullfighter authorizes a novice to take his place among the doctorate bullfighters). Lorca, on September 17, 2006. With more than one hundred of actions in his credit, it took the alternative in Lorca of Javier Conde's hands and Morante's testimony of her Populates, on September 17, 2006, with Gavira's bulls, achieving this evening a round success on having cut four ears.

Winner of the Ercilla Hoteles Award for the best bullfighter of the Bilbao Fair 2019 cutting 4 ears in his sublime performance.

Awarded for the women's bullfighting club Las Majas de Goya as the winner winner of the San Isidro Fair 2019.