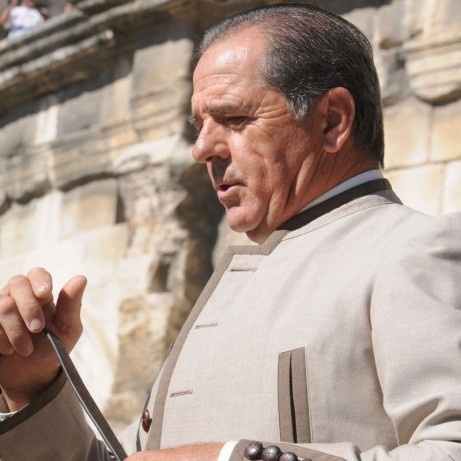 Alternativa: (Is a ceremony in which a bullfighter authorizes a novice to take his place among the doctorate bullfighters). El Puerto de Santa Maria on July 19, 1979

Confirmation:  (It's when the bullfighter confirms his "alternativa" or doctorate). in Madrid on August 25, 1982,

It was one of the revolutionaries of bullfighting with Juan Belmonte. He had a command bullfighting, astonishing stillness and closeness value. Invaded the land of the bull. Torero short but brilliant career. Comorejoneador debuted in 1994. Sales came in several times through the front door. In France it was an idol. In 2013 he was awarded with the National Prize of bullfighting, 'for its great aesthetic personality and the enormous influence that his conception of bullfighting has had on all subsequent bullfighting', according to a ministry.