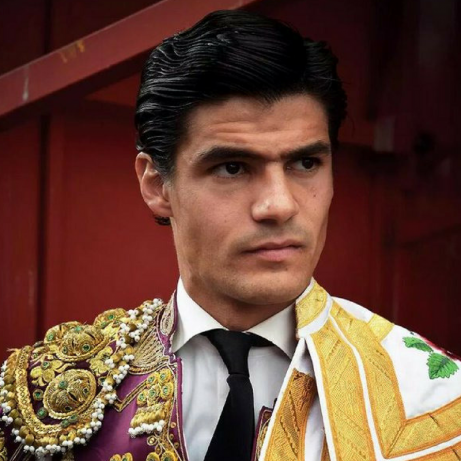 Pablo Aguado Lucena, born in Seville in 1991. His career as steer's bullfighter is one of the most exciting and he hopes to take the alternative in 2017...

Debuted in public, it took place at the Cadiz town of Los Barrios, on August 3, 2012, which dealt a steer Carlos Nunez who won two appendices.

Linked to the world of bulls since childhood, since his paternal grandfather was cattle of bulls, he stood for the first time in front of a heifer at nine years old and was a student of the School Taurine-Amate Sevilla.