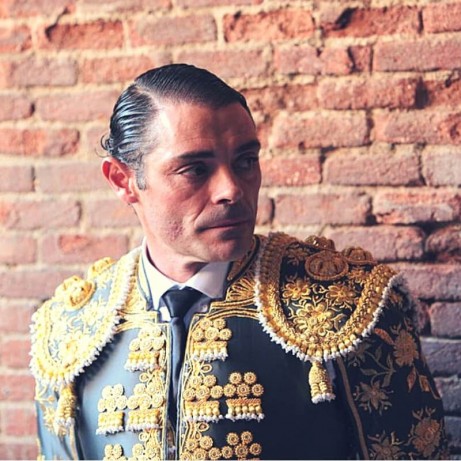 Francisco Javier Sánchez Vara was born in Guadalajara on July 18, 1979. He took the alternative in Sacedón (Guadalajara), with Luis Francisco Esplá as godfather and David Fandila 'El Fandi' as witness; with bulls from Soto de la Fuente.

Public debut: his presentation as a calf-bullfighter was on July 22, 1993 in Torrejón de Ardoz, with Raúl Cervantes and Raúl de la Puebla, with steers from Nuria Aguirre.

Debut with picadors: in Benidorm on January 21, 1996 in a poster completed by José Moreno and Alberto José Martín with steers from Lydia and Veronica Teruel.

Confirmation of alternative: on September 7, 2003 with Domingo Valderrama and Alberto Manuel; bulls from Alonso Moreno.

Sánchez Vara killed his first calf with 11 years, on September 8, 1990, in Higuera de las Dueñas (Ávila). At age 12, he entered the Bullfighting School of Madrid, where he remained for four years.

Among its trophies is the bullring of Cella, Winner of the 2001 Fair; Peña Taurina Alcarreña, Best Thrust of the Fair 2002; Amigos del Toro Award 2003; Olma de Pareja Award for his career in 2008; Vila de Xira (Portugal) to the Winner of the 2009 bullfighting season.

He is a bullfighter of a lot of trade accustomed to bullfight the calls 'tough' fighting bull ranches.