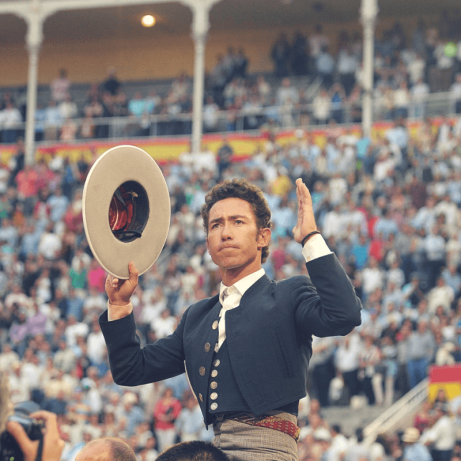 * Photographs by SCP and Plaza 1.

Alternative: May 28, 2006 in Córdoba, with Leonardo Hernández (his father) as godfather and Pablo Hermoso de Mendoza as witness. Flores Tassara was the cattle ranch and 'Cirilo' his first bull. He cut an ear.

Manager: from 2015 to 2018 it was Andrés Caballero, since then is Alberto García from the company Tauroemoción.

Proclaimed by the company as Best Horse-bullfighter of the Fair of San Isidro 2016.