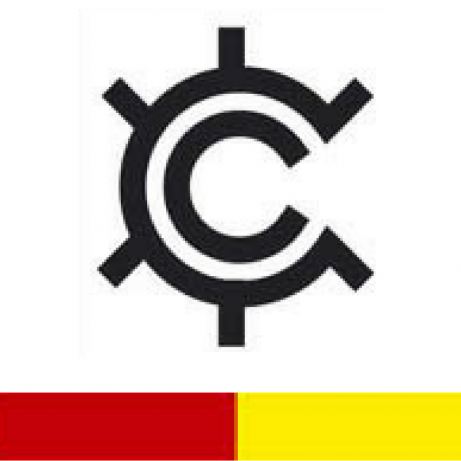 Located between the provinces of Seville and Cordoba, La Quinta fighting bull ranch has more than a century of antiquity. Its current origin is Count of Santa Coloma-D.Joaquín Buendía Peña.

History: This stud was formed in the late eighteenth century by the Marquis of Casa Ulloa, whose heirs, in 1819, sold a portion of livestock to Juan de Dios Romero, who alienated Nandín Angel Gonzalez.

In 1884 he bought the majority of livestock Carlos Conradi, adding in 1904 a stud Eduardo Ibarra. In 1911 Juan Bautista became Conradi, and upon his death, on behalf of their children. In 1952 was divided between them, being sold in 1955 to Rafael Espinosa de los Monteros and Navarrete, who in turn sold it in 1981 to Carmen Rodriguez and Villadiego, selling in 1987 to Messrs. Luis Soto.

In 1992 acquired by Alvaro Martinez rights Conradi only iron, transferring to it all the livestock of La Quinta, which was created with cows and sires of Joaquin Buendia, pure mating Santa Coloma.

In the 90's the brand of La Quinta has boomed, especially in heifers of the most important cycles of Spain bullfighting, in which the mating santacolomeño has again demonstrated that it is essential in the cabin of bravo. She also got Martinez Conradi provide animals with a substantial fine appearance.

Livestock La Quinta from Seville, maintains a farm in Hornachuelos. His motto is embodied and yellow. It was founded on April 18, 1881. Its current owner is Álvaro Martínez Conradi