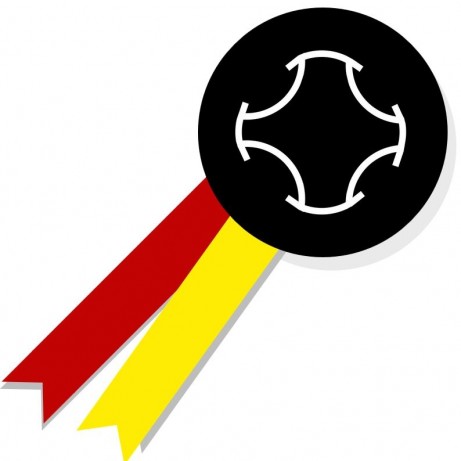 History: Which formed from Don Gil Flores late XVII. In 1925 went to Mr. Flores Albarran, which increased with cows that came from Campos Varela and Izaguirre `Tejerina with a stallion from" Martinez ". In 1956 he was heading the livestock, and the corresponding batch Mercedes Sanchez Flores was sold, in 1958, Maria and Luis Gascón and Friar Nicholas Martin, varying iron and acquiring hundred cows and three stallions Arturo Sanchez and Sanchez that year. In 1962, fifty cows and three stallions Jose Infante House. In 1956 it broke in half Lisardo livestock Sanchez and Sanchez, Parlade source. In 1982 he bought thirty cows Arturo Gallego Fernandez Athanasius. In 1987 and 1988 the increase with a new batch of females and several stallions Atanasio Fernandez, eliminating all of the above and leaving only what Athanasius from Lisardo Fernandez and Sanchez. In 1992 and terminated the joint ownership of the livestock, becomes sole owner Friar Lawrence Martin, a member of a family dedicated to breeding bull belonging to the bars of El Pilar, and Juan Luis Fraile Valdefresno.

Award Caquirri, for the bull Cuba, bullfighted by Paco Ureña on July 7th, 2018 in the bullring of Pamplona.