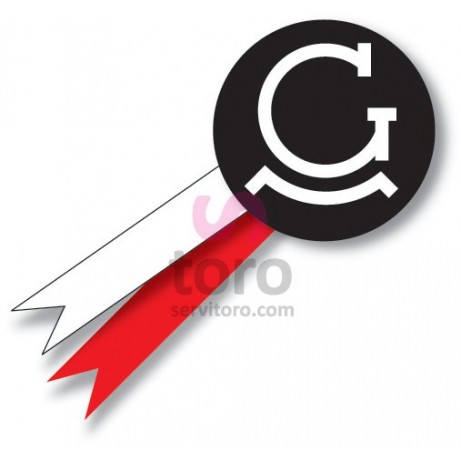 Bullfight Garcigrande .– Bullfighting Bulls – All the information about cattle firms, Owner, insignia, farms, acronym and history. Buy your tickets for all bull fighting events with bulls from Garcigrande . Ranch.

Reserve your bullfight tickets for Garcigrande

Ear brand: Pitchfork in the right ear and fig leaf in the left.

History: The Garcigrande Ranch was founded around 1929 by Don Gabriel González Fernández with a section of the Arribas Brothers ranch. In 1949 the ranch was shared out between his children, one section going to Doña Florencia Gonzalez Martín. Upon her death, in 1955 the ranch was managed by Doña Isabel Rosa Gonzalez, who subsequently sold it to Don Germán Pimentel Gamazo in 1961. The property was then acquired by the Blanco Coriso brothers, who renamed it “Maribañez” and altered the branding emblem. In 1980 a breeding lot from the Jose y Juan ranch and one from Don Dionysus Rodríguez were added. In 1980 Don Domingo Hernández acquired the ranch, announcing it would be known as “Garcigrande”, appointing his wife as spokeswoman, and eliminating all that preceded by acquiring new herds of cows and breeding bulls from the Don Pedro Domencq ranch.