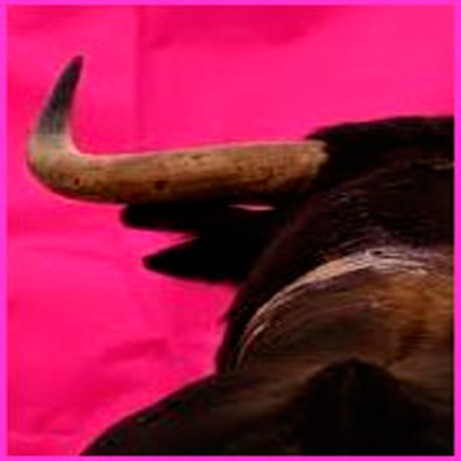 History:It was formed by Luis Jordan Urries, New Castro Marques, in 1931, with cows originating from Veragua and Rico Sanchez stallion. Later another stallion native of Santa Coloma, Camino Don Esteban Gonzalez. Upon the death of the Marquis, and after his widow, livestock went to his daughter, until in 1951 the acquired Don Mariano García de Lora, who in late 1954 was sold to Don Emilio Arroyo. In 1969 Antonia bought Tovar, who eliminated the cattle purchased, replacing them with Don Antonio Urquijo. In 1970 it was purchased by Don Felix Cameno, which, in 1973, put out to "Taligueña corporation", announcing the name "Felix Cameno". In 1976 varied iron. In 1983 it was sold to Don Dario Girl and in 1984 the brothers Lozano, was acquired in 1987 by its current owner, varying iron and modifying their mating with cows and sires "Huebra Castillejo".