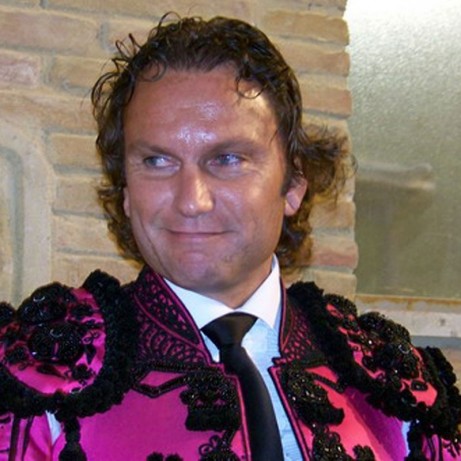 Debut with picks: February 8, 1987 in Gandia (Valencia), with 18 years. That afternoon alternated with Fernando Lozano and Gregorio de Jesus, with bulls from the ranch of "The Tower".

Sales Debut: May 18, 1994, which alternated with Ortega Cano and Jesulín de Ubrique, with bulls from Manolo Gonzalez. The fifth bull will cut 2 ears. The bullfighter is commonly known as "Julito Aparicio."

Alternative: In the Royal Cavalry of Seville at the hands of Spartacus Curro Romero and witness with bulls from the Torrestrella April 15, 1990.

The May 21, 2010, during the Feria de San Isidro, and in a bullfight held in Madrid's Las Ventas, suffered a serious caught when a bull gored in the neck, leaving the pole at the mouth of the matador, and producing to a large wound and fracture of the maxilla. He was quickly taken to hospital on October 12, where he underwent surgery for six hours