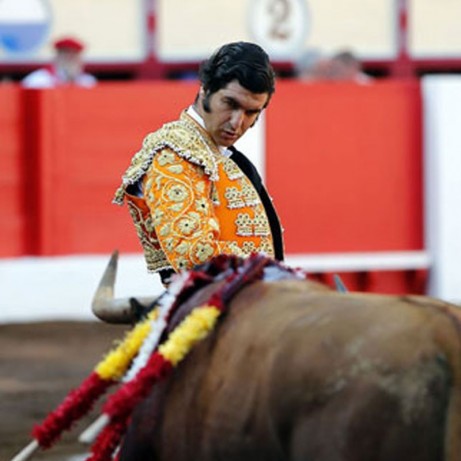 Biography of Morante de la Puebla - Bullfighter - Bullfight Tickets with Servitoro Get your tickets now to see your favorite bullfighters in Spain.

Confirmation: May 14, 1998, with Julio Aparicio as padrino and El Cordobés as witness, before bulls of Sepúlveda.

Morante defined himself as a bullfighter pulse of instinct. Torea as that asks for your body and mind at the time. Like all artists, not conspicuous by their regularity, and as high-profile as his triumphs are his fights. Despite an abnormal treasures which regularly for the kind of matador is.

A rancher famous once said a muletazo that man is worth more than the best run of any other torero. It also has a lot of media out because as good artist always tries to output your interiority, are known numerous interviews and appearances on cultural events.

Received at the end of paseillo of this Thursday August 18, 2016 in Malaga the capes the winner of the 2015 fair received the award from the hand of the Malaga City Mayor Francisco de la Torre Prados.