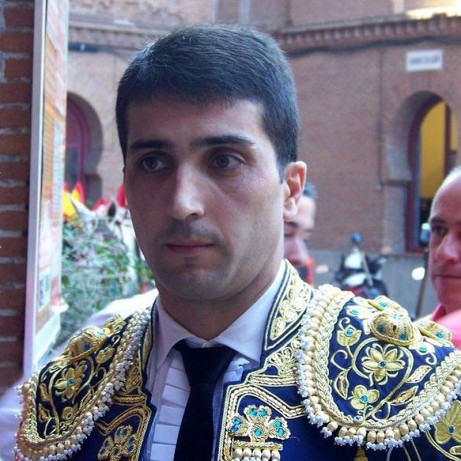 He debuted with picadors: San Miguel de Valero (Salamanca), on May 8, 1999.
Debut Sales: He made his presentation in Madrid in March 2002. But it would be in the San Isidro Fair that year when he managed one of the most important successes of his time as an apprentice. On May 23 he walked out the front to cut two ears to a young bull of the Tower door.

Alternative: It took the alternative on April 1, 2001 in the arena of Illumbe of San Sebastian. Enrique Ponce was the godfather and Julian Lopez "El Juli" the witness. "Coach," the herd of Santiago Domecq, the bull of the ceremony was called.

Student of the Bullfighting School of Salamanca. On May 23 he walked out the front to cut two ears to a young bull of the Tower door. It took the alternative on April 1, 2001 in the arena of Illumbe of San Sebastian. Misfortune took over the afternoon as the bull gored alternative inferred him to goad crutch and could not kill the sixth. A month later, in the San Isidro Fair she confirmed the alternative with the embrace of Ortega Cano and the testimony of Finito de Córdoba, with Mari Carmen Camacho bulls. During that season and the next added a large number of events, although the successes of his previous period were not repeated and gradually was relegated to the bottom of the ladder. However, in 2010 he gave a strong hint of attention to goad of a bull primorosa Cuadri in Zaragoza manner.