José María Manzanares has won for the fourth time the ‘Estoque de Plata’ (silver sword) ‘Antonio Ordóñez’ (after 2007, 2010 and 2011) granted by Málaga Deputation to the best task of the Fair. His performance against the bull ‘Gineto’ No. 258 from Núñez del Cuvillo, first of his lot last August 17, has been chosen by the juryas the most prominent. Although spoiled by the sword, the complete task was rewarded with a round to the ring.

The bullfighter from Alicante is also news because this week he has been intervened because of his back injury, specifically herniated discs. According to Dr. Trujillo, responsible for the operation, Manzanares will need rest and rehabilitation, so he has been forced to suspend the commitments he had in America next weeks. 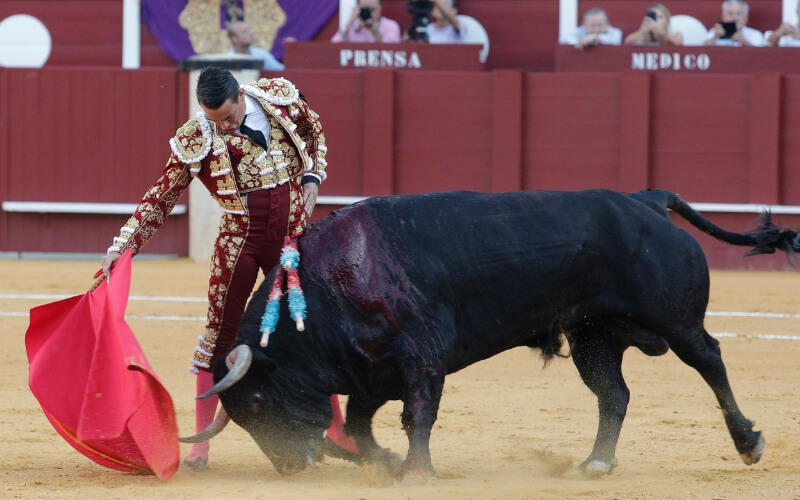 Manzanares and ‘Gineto’ at the Malaga Fair 2019. Photography by Hugo Cortés.