The Bullring of Las Ventas will pay tribute to Manuel Jesús Cid, El Cid, on Thursday, October 3, on the eve of his farewell to the Madrid fans at the Autumn Fair. It will be a round table organized by the Center for Bullfighting Affairs of the Community of Madrid in the Antonio Bienvenida Room.

Moderated by the journalist Íñigo Crespo, it will include professionals who will review his career in the Madrid Monumental as David Saugar 'Pirri', a member of his crew, the cattlemen Moisés Fraile, José Luis Lozano and Victorino Martín; or his current manager, Manuel Martínez Erice. 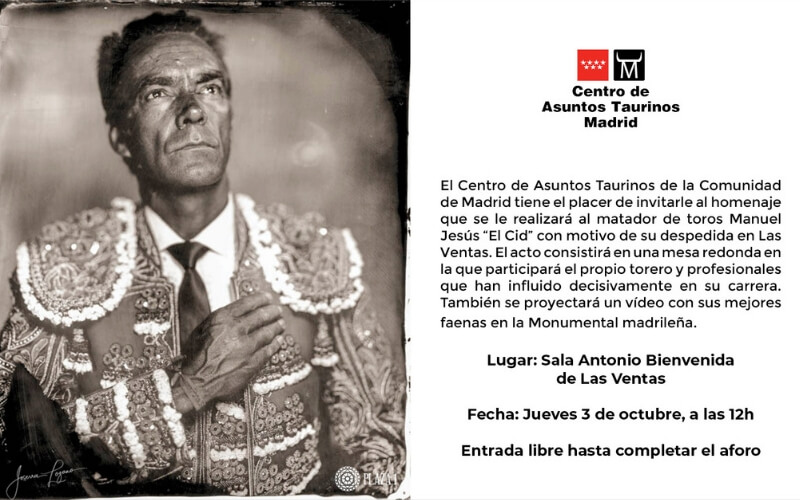 Francisco Fernández-Zarza (Madrid, 1922-1992), nicknamed 'Jano', was a painter, poster artist and graphic artist famous for illustrating the films of the 50s mainly, whose posters were exhibited on the Gran Vía in Madrid. Internationally he was known for works such as those of 'Heist at 3', 'La dolce vita' or 'Mogambo'.

The Bullfighting Center of the Community of Madrid, in collaboration with the Regional Library of Madrid 'Joaquín Leguina', will exhibit part of his bullfighting work in the Antonio Bienvenida Room of Las Ventas coinciding with the Autumn Fair 2019. Manolete, Juan Belmonte or Julio Robles portraits may be contemplated on September 27, 28 and 29 and October 4, 5 and 6. 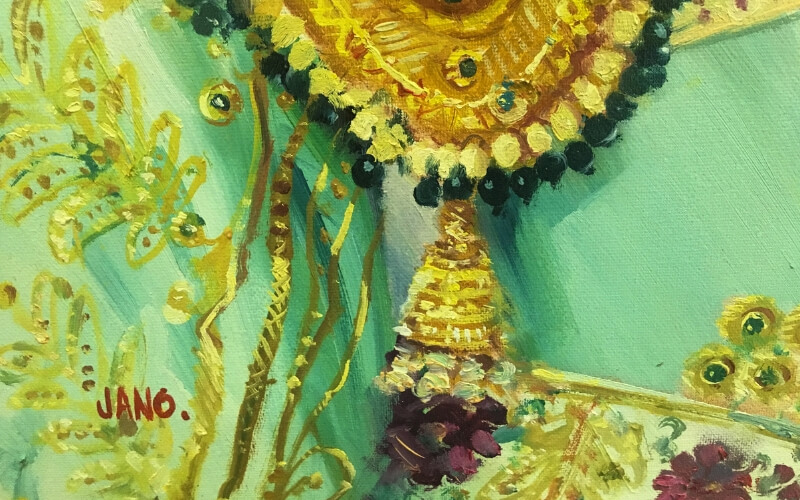