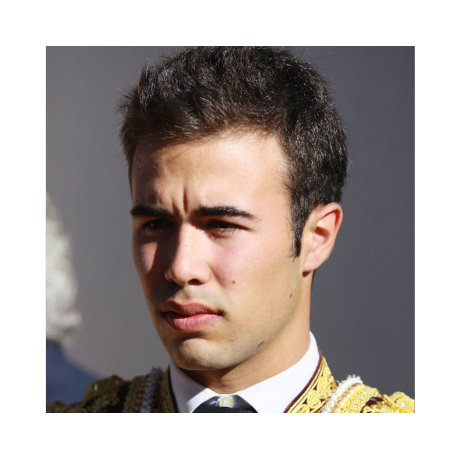 Debut with picks: in Colmenar Viejo (Madrid) on August 27th, 2011 on a poster completed with Simon and David López Galván Steer Flower Jara

Daniel Torres Sonyeba called "Cotola" was born in Madrid on December 26th, 1992. In the season 2008 fights 13 feasts, cuts 21 ears and 2 tails. In 2009 he took part in the Bullfighting Jobber " City Rodrigo ", in the Bullfighting Jobber Julián Lopez " The Juli " (Arganda), Becerrada square bulls of Alicante, herdsman's Début without horsebreakers in Vauvert (Nimes) being the Spanish herdsman first in obtaining the prize of the " Taster of gold ", cattles in Seville, Valladolid, Villaconejos, Manzanares the Royal one, Miraflores of the Saw, Sherry of the Gentlemen, Alalpardo (Semi-final and End)Gaining the Trophy VII " Job Vázquez ", Old Apiary, Torrelaguna, Hole of Manzanares, Bovine of the Saw and repetition in Alicante. This season fights 16 feasts, killing a total of 26 hooky, cutting 21 ears and 3 tails.

Finalist Bolsín Taurino " City Rodrigo ", rewarded in spite of fighting a cattle during the "Carnival", cattle in Nimes cutting 1 ear with request of the second one and rewarded in spite of fighting another cattle in Nimes's fair during semi-final International I Master of Bullfighting Schools.Cattle in Nájera Final Jobber of the Rioja, cutting 1 ear to the first one and return after request to the second bull. Manzanares the Royal prize like winner of the fair and prize to the best thrust, Apiary of Ear declared winning of the fair, Old Apiary declared herdsman distinguished from the fair, The barraco (Avila) declared winning. Also it has fought cattles in Vic Fecensaz, Grove of the Royal one, Yanguas de Eresma, Turegano, Torrelaguna, Hole of Manzanares and Galapagar.