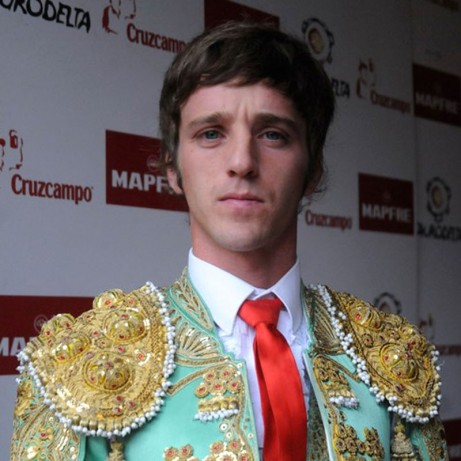 Juan Pedro Carrero was born in Villaverde Alto (Madrid) on October 21, 1986. Former student of the School of Bullfighting in Madrid, attended a large number of corral and practical classes before girding for the first time dress Vistalegre lights at the Palace during the Contest Opportunity, where he remained as second in the final. He debuted with picks on March 19, 2004, in Lorca (Murcia), with steers The Madroñiz, with Miguel Angel Perera and Eduardo Gallo. Cut two ears and out the front door.