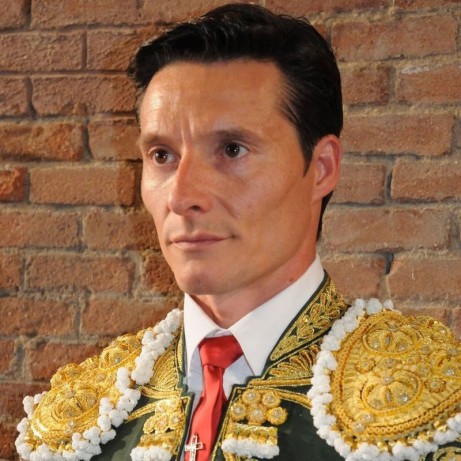 Debuted with picadors: on March, 199 in Dax.

On 16 August the same year took the alternative in Dax (France) from the hands of Paco Ojeda and witnessing Manuel Diaz "El Cordobes" Brothers door with bulls. The following years had good performances in his native Rioja, especially in the arena of Manzanera, but failed to appear on the signs of the main fairs.

Confirmed the choice in the Plaza de Las Ventas, the July 8, 2001, with a run of Guardiola Dominguez, with the shortlist to Frascuelo mates and "Madrid".

His most notable performances have taken place in Logroño, in the new arena of Rivera. He received the first trophy of the square, a celebration with Enrique Ponce and El Juli, 21 September 2001 Jose Luis Brand bulls. On September 21, 2007 the first bull fights pardoned in La Ribera, "Molinito" the herd of Victorino Martin. This opened the stakes of some of the most important fairs in the country, fighting in the fairs of Bilbao or San Sebastian, and a good performance in the Feria de San Isidro on May 13, 2008, where he cut his ear to a bull Carmen Segovia.On March 20, 2010 inaugurated the new bullring in your city, Arnedo Arena, with bulls of El Pilar, along with Jose Tomas and Julio Aparicio, cutting three ears and going to hombros.

On April 12, 2010 debuted at the Maestranza in Seville, with bulls of Count de La Maza, getting around the ring.