After announcing his breaking off with Joxin Iriarte a few weeks ago, the bullfighter from Linares Curro Díaz has sealed a new professional relationship with Juan Ruiz Palomares. The agreement has taken place after a field day in the house of the new agent and will be for an indefinite period. Ruiz Palomares, meanwhile, has taken the reins of Jesús Enrique Colombo's career from 2015 to 2019.

Curro Díaz has finished the 2019 season with a total of 26 bullfights in which he has cut 24 ears.

Jaén's bullfighter has released a new mentor this week closing the agreement with the classic handshake. The new agent is the bullfighting-businessman Antonio Tejero, in charge until a few months ago of the career of the bullfighter David Mora.

Alberto Lamelas had recently broken up with Tomás Campuzano, who has accompanied him in the last two campaigns. Thus begins a new and hopeful path.

The first attorney of Jorge Isiegas as a bullfighter

Pablo Saugar ‘Pirri’ is the new agent of the recent Aragonese matador. Jorge Isiegas took the alternative at the last Pilar Fair, where he cut an ear, and then announced his breaking off with Jacinto Salazar.

Pablo Saugar left the bullrings as ‘banderillero’ in July 2017, after suffering a serious goring in Pamplona. Bullfighter saga, begins a new adventure with a young bullfighter whom he sees with many possibilities. 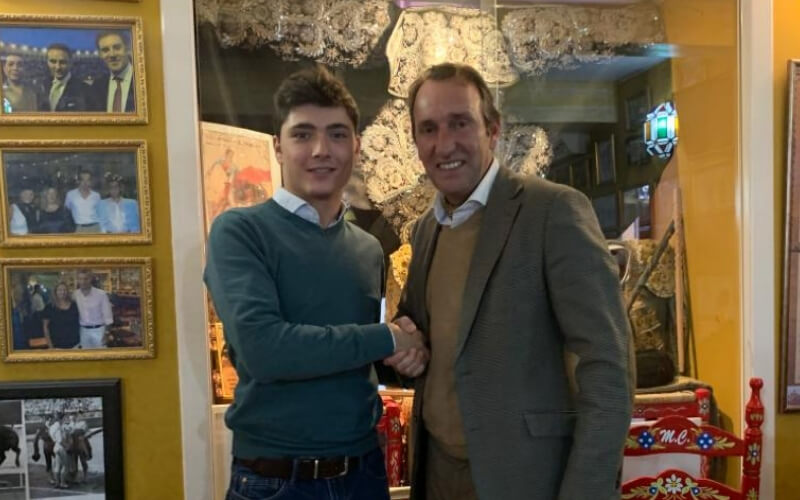