Home Blog> Programs and fairs>Morante, Manzanares and Roca Rey in Valladolid the 10th of May

Morante, Manzanares and Roca Rey in Valladolid the 10th of May

On the occasion of the San Pedro Regalado festival, the bullring of Valladolid presents for May 10 at 6:30 p.m. it’s main day.

Six bulls from Jandilla and Vistahermosa for the bullfighters:

Three bullfighters, three different styles and something in common: the appeal that the three have for the fans. The art of Morante de la Puebla, the cadence and pause of José María Manzanares and the already well-known courage of the young Andrés Roca Rey. A poster that invites you to fill the Plaza de Valladolid.

A good opportunity for the fan to witness the variety and richness of bullfighting. 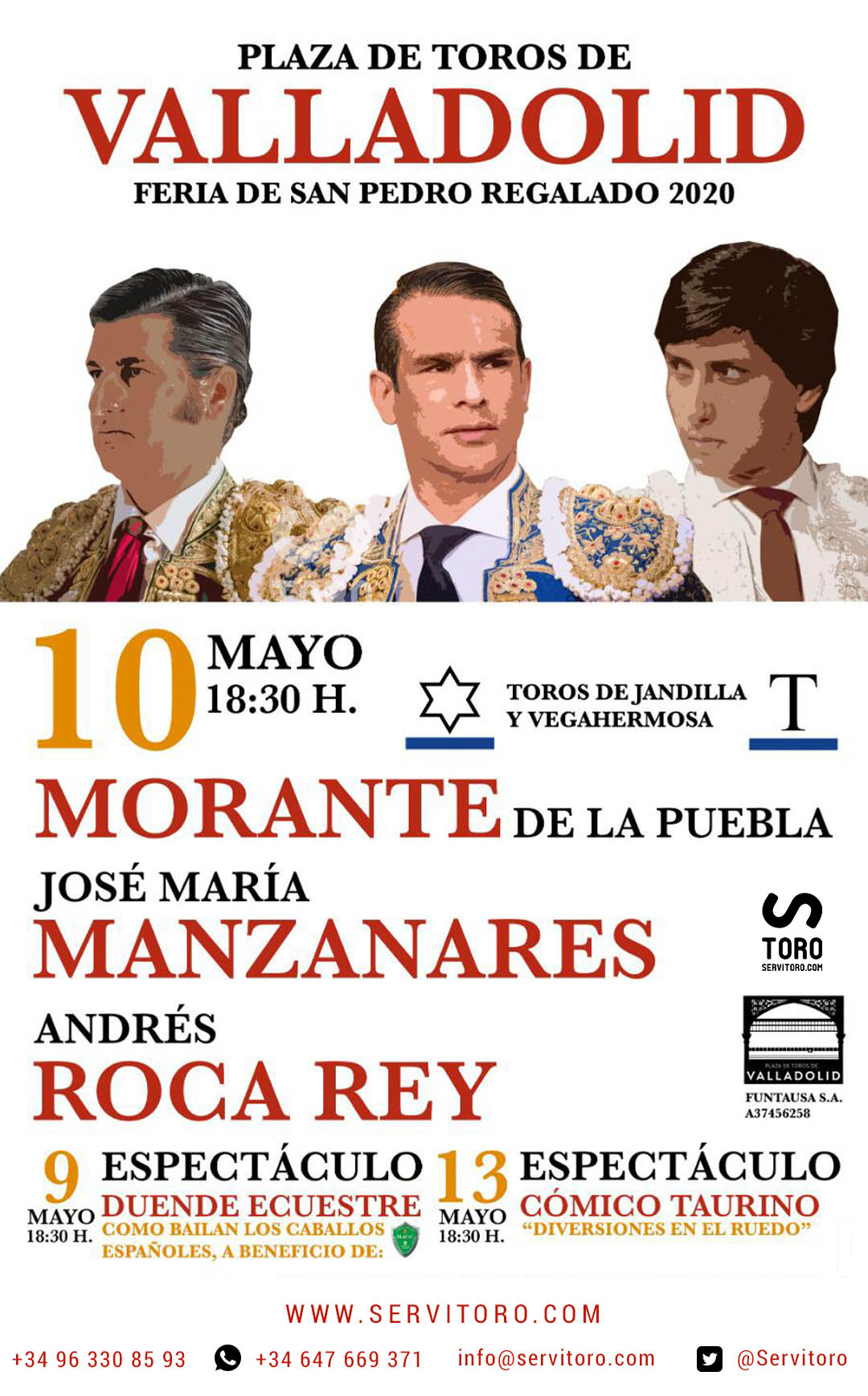