The change of course of Diego Ventura’s career

Last week the news jumped: the figure of horse-bullfighting Diego Ventura left Casa Lozano and went with the Mexicans of Casa Baillères. There was no confirmation by either party until the rider himself has published a letter to the Lozano family. It is five years that have been managing him and he has wanted to express his gratitude and respect to Don Pablo, Luisma and Pablo son, who always accompanied him.c

From now on it will be Casa Baillères who defends the interests of the figure on both sides of the Atlantic, it seems that accompanied by Juan Pablo Baillères, son of the Mexican magnate.

The change of managers could be a revulsion in the horse-bullfighting area. It should be remembered that Mexicans are the partners of Casa Chopera and the group, BMF, manages important northern bullrings of Spain where the Sevillian has not yet debuted. Will we see Diego Ventura again sharing a poster with Pablo Hermoso de Mendoza?

It would certainly be exciting to see the two maximum figures of the horse-bullfighting measured. We will have to wait at the beginning of the 2020 season. 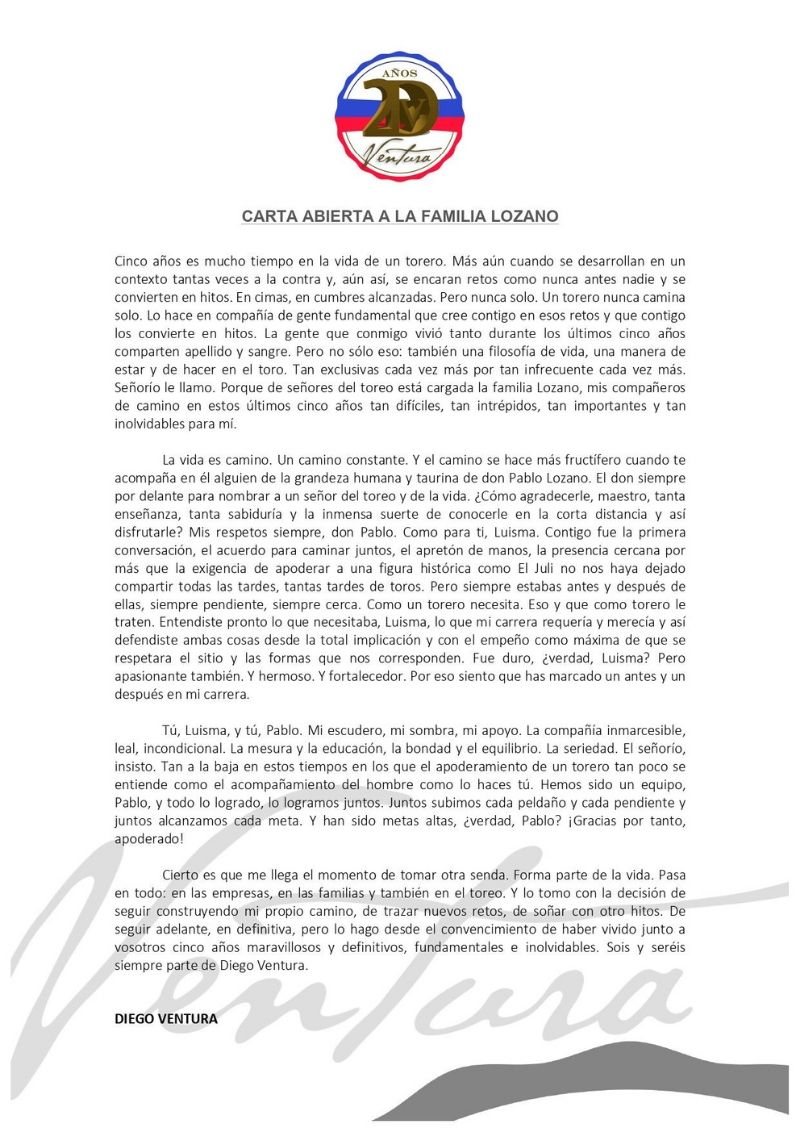 Check his next performances in Diego Ventura Biography.