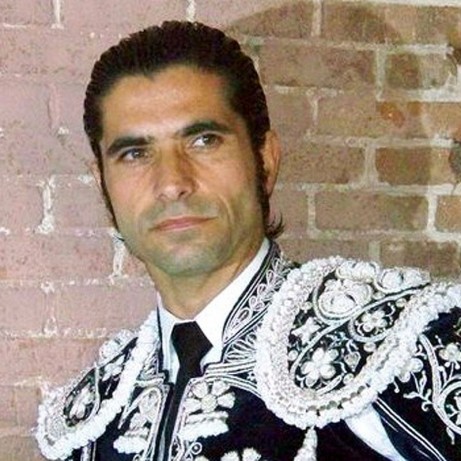 Date of birth: Málaga, on February 19, 1975 is a Spanish bullfighter, erroneously known as the gypsy.

He debuted with picadors: In Ubeda (Jaen) on March 29, 1991 in a poster completed by Paco Delgado and Francisco Moreno Ramos Andrew Steers.

Alternative: In Malagueta bullring (Málaga) on April 16th, 1995, cutting three ears. Her godfather was the Child of the Cape and testigoJesulín of Ubrique, with the bull: "Lamplighter" Zalduendo.

He was winner of the San Sebastian International laFeria.

He married lacantaora Estrella Morente in the Basilica of Our Lady of Sorrows of Granada on December 14th, 2001, with whom he has two children, Curro (2002) and Estrella (2005).